25th SAG Awards A Fashion-Forward United Front … Behind the Scenes 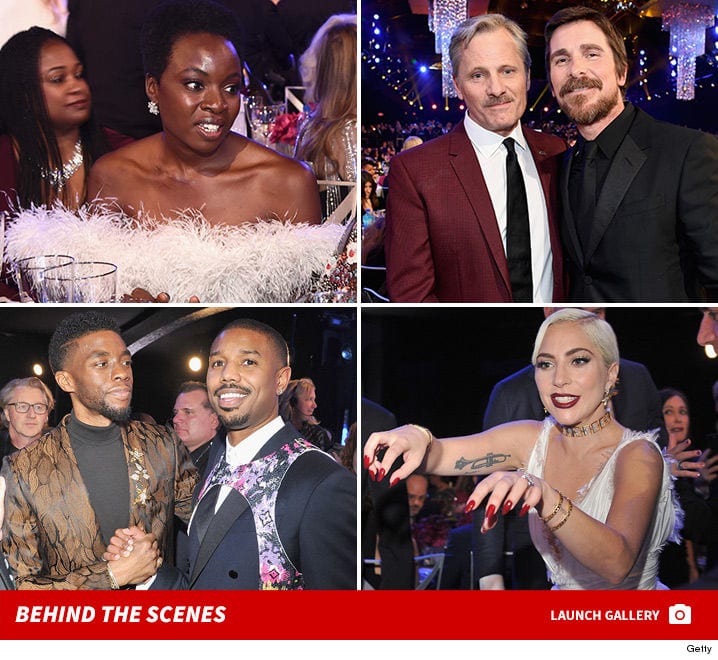 The 25th SAG Awards is in full swing, and if you take a peek behind the scenes … you’ll see everyone was dressed to the nines and beyond for this thing.

Tons of actors were on hand Sunday for the award show honoring folks in the SAG-AFTRA union, and nobody skimped on the swank — including Michael B. Jordan (who wore a colorful Louis Vuitton harness over his tux),  Lady Gaga who dazzled in a white gown, Viggo Mortensen who killed it with maroon … and lots and lots of other stars who brought out their best outfits.

Some other standouts … Chris Pine in the classic all-white tux, Sandra Oh who donned a gorgeous red gown, Darren Criss who sizzled in silver and, frankly, the entire “Black Panther” cast … who looked absolutely incredible together in the front row.

Statuettes are still being handed out … but take a gander at what’s been going on backstage so far.