Three people, including a police officer, have been injured in a stabbing incident at a tram stop in Manchester, England… 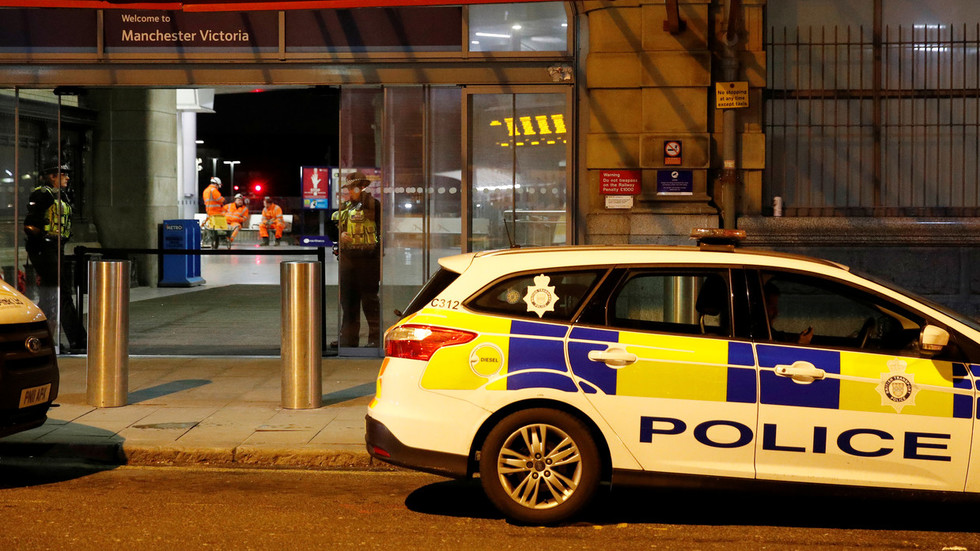 Three people, including a police officer, have been injured in a stabbing incident at a tram stop in Manchester, England on New Year’s Eve. The station is closed for a police investigation. The suspect has been arrested.

The incident took place around 9 pm local time, according to reporters at the scene. British Transport Police of Greater Manchester confirmed only that a male suspect is under arrest.

The perpetrator is in custody on “suspicions of attempted murder,” police said.  The investigation, however, would be led by the counter-terrorism division, since the motive of the suspect is still not clear.

“While we don’t yet know the full circumstances and are keeping an open mind, officers from Counter Terrorism Policing North West are leading on the investigation,” Assistant Chief Constable Rob Potts said.

One of the witnesses, BBC producer Sam Clack, spoke of an attacker using a “long kitchen knife.”

Just been very close to the most terrifying thing. Man stabbed in Manchester Victoria station on tram platform. Feet from me, I was close to jumping on the tracks as attacker had long kitchen knife. Totally shaken. This is seriously messed up. pic.twitter.com/CnUw7j2TOT

The suspect yelled “Allah,” Clack told the Manchester Evening News, and said, “As long as you keep bombing other countries this sort of s**t is going to keep happening” as he was being subdued by police.

Clack said it took “six or seven” officers to wrestle the attacker down, using a Taser and pepper spray.

The victims were identified as a man and a woman in their 50s. The woman was injured in the face and the man suffered wounds to his abdomen, police said in a statement, noting that the injuries are not considered to be life-threatening.

A police officer was also “receiving treatment for a stab wound to the shoulder,” the BTP said. All three were in “very serious condition,” according to local media.

Victoria Station serves both the railway and the local Metrolink tram network, which transports millions across seven lines and 93 stops. The station is set to remain closed until after midnight.