Spread the love      Tweet    Milwaukee, WI — A family is speaking out this week after the arrest of… 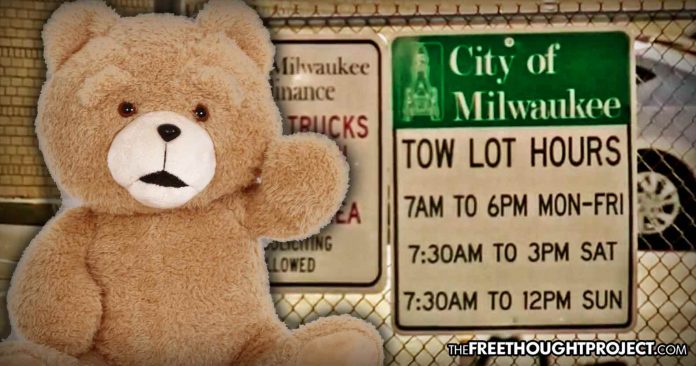 Milwaukee, WI — A family is speaking out this week after the arrest of a mother nearly led to the death of a 4-year-old little girl. Monday night, police arrested the girl’s mother and seized her van, when they impounded the van, they left the little girl inside—in freezing temperatures, overnight.

It was an “unfortunate situation,” Milwaukee city engineer Jeff Polenske said at a news conference. “Apparently the girl was very upset and crying, something that none of us would like to have happen to any of our children.”

Indeed, it could have been far more “unfortunate” had the girl not survived the frigid temperatures.

According to police, the girl’s mother was pulled over around 12:30 a.m. because officers suspected her of driving under the influence. During the stop, the mother was arrested on suspicion of DUI charges. A 10-month-old baby was also in the car and was taken into custody by police, but the 4-year-old was left sleeping in the back seat.

The exact circumstances of the arrest are unclear and so is the reason for police not searching the vehicle after arresting the driver.

When the mother was arrested, the van was then placed on a flatbed tow truck and taken to a tow lot. After it was brought to the city’s lot, the system failed once again as no one inspected the vehicle as they are required to do.

After her mother was arrested, the girl would spend the next 8 hours in temperatures that were well below freezing and would not be found until 8:30 a.m. when she was heard screaming and crying in the back of the van.

“The Milwaukee Police Department is grateful that the child was located unharmed. MPD is currently seeking criminal charges against the driver who was arrested for Operating While Intoxicated,” the department said, according to the station. “We will provide additional information in the upcoming days regarding this investigation.”

Short of a catastrophic emergency in which there is no other option but to drive, there is absolutely no excuse for a mother to get behind the wheel with two young children in the car while drunk. If she is found guilty in this scenario, she deserves to be held accountable.

That being said, however, the fact that police failed to find the little girl in the backseat of the van is also inexcusable. This little girl could’ve froze to death in the back of that van that night because of the negligence of the system.

“I couldn’t even understand myself lasting that long,” Davis said. “All those hours.”