There doesn’t seem to have been any “Boris bounce” for the new British prime minister in Scotland, with a shock… 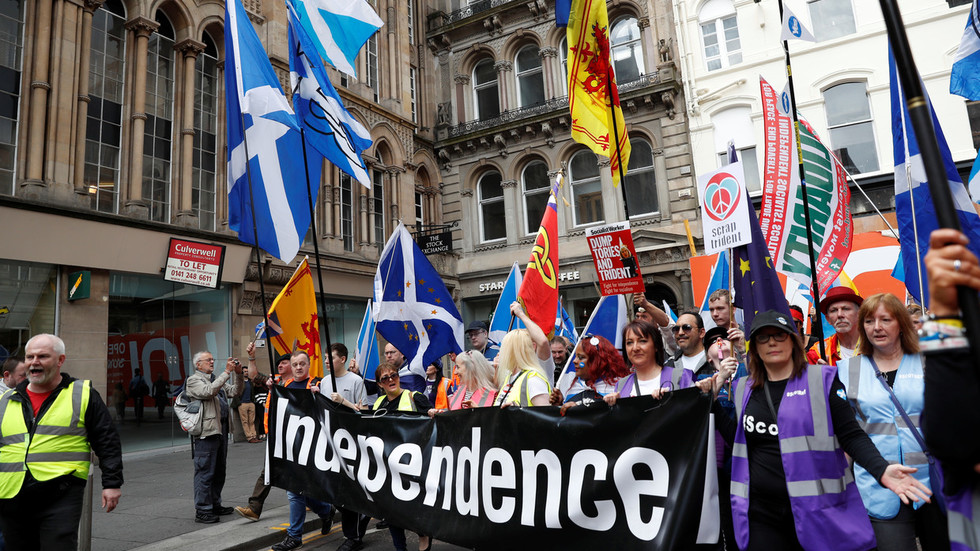 There doesn’t seem to have been any “Boris bounce” for the new British prime minister in Scotland, with a shock poll suggesting more than half of Scots would vote for independence from the UK if another referendum was held.

The poll was taken just days after PM Boris Johnson’s visit to Edinburgh last week, where he was greeted by a chorus of boos at Bute House ahead of a meeting with Scottish First Minister Nicola Sturgeon.

Also on rt.com BoJo met with boos ahead of meeting with Nicola Sturgeon in Scotland (VIDEO)

The numbers will be bad news for Johnson, who rode into power promising to strengthen the union and using his first days as PM to make visits to Scotland, Wales and Northern Ireland.

The sentiment expressed against the new PM during his Edinburgh visit was so strong that Johnson was later forced to leave the building through another exit, sparking the hashtag #BackdoorBoris on Twitter.

The poll also found that 47 percent of Scots believe that a second referendum should be held within the next two years, while 45 percent were against that time frame.

The results mark the first lead for the independence campaign in two years — and the biggest lead since the June 2016 Brexit referendum, which a majority in Scotland voted against.

Ashcroft said that a majority of voters up to age 49 would vote yes to independence, including 62 percent of those aged 18 to 24.

Sturgeon called the poll “phenomenal” for the independence movement, saying it showed the “more and more people think it’s time that Scotland took our own decisions and shaped our own future as a fair, prosperous, outward-looking nation.”

Scotland voted 55 percent to 45 percent against independence in a 2014 referendum.