Michigan’s Department of Environmental Quality (DEQ) has given Nestle permission to extract 400 gallons (1,500 liters) of water per minute…

Michigan’s Department of Environmental Quality (DEQ) has given Nestle permission to extract 400 gallons (1,500 liters) of water per minute for its Stanwood bottling plant, in the face of a sustained protest campaign.

“We cannot base our decisions on public opinion because our department is required to follow the rule of law when making determinations,” DEQ Director Heidi Grether said in a statement, explaining that DEQ’s approval followed “the most extensive analysis of any water withdrawal in Michigan history.”

Nestle applied to increase its allocation from 250 to 400 gallons per minute back in 2016 and, during the review process, DEQ received 80,945 comments opposing the development and only 75 in favor. As well as voicing environmental concerns, many were outraged that Nestle, like other bottling plants, does not have to pay for the water itself, providing it pays for the pumps. 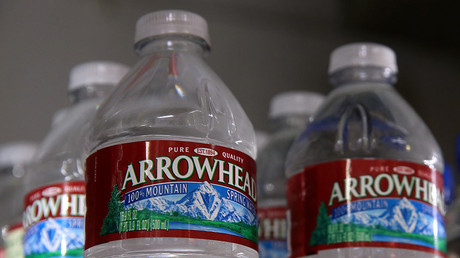 “The majority of the public comments received were in opposition of the permit, but most of them related to issues of public policy which are not, and should not be, part of an administrative permit decision,” explained Grether.

Environmental groups say that authorities have been swayed by economic incentives promised by the multinational, which says that it will invest $ 36 million to expand its bottling plant, and that they have not heeded water depletion concerns.

“Nestle has a reputation worldwide for going into rural communities, offering all kinds of economic benefits that never really materialize, taking as much water as they can get, and when the stream runs dry, they leave,” Peggy Case, President of the Michigan Citizens for Water Conservation group, told RT.

Michigan Citizens for Water Conservation believes that noticeable depletion occurs even at 150 gallons per minute and, partly as a result of pressure, Nestle will be obliged to perform “continuous streamflow monitoring,” and halt if the water level drops.

“If the level of the water goes down, groups like our own could take Nestle to court,” James Clift, a member of another pressure group, the Michigan Environmental Council, told RT. He is also one of several campaigners demanding that the rate of extraction be monitored independently, and not by the Swiss giant.

READ MORE: Nestle under fire for selling California water ‘without a valid basis’

For its part, Nestle believes that concerns are misplaced, despite the long-running scandal in Flint, located about 130 miles from the company’s extraction sites, over contaminated water.

“Michigan’s nearly 40 bottled water companies account for less than .01% of water used in the state, our water use in Michigan ranks us 85 on the list of the state’s top water users,” it says on its website, while adding that 90 percent of its locally-produced water is sold within the region.