Spread the love Garfield Heights, OH — Nancy Segula, 79, is a caring and compassionate woman whose love for animals… 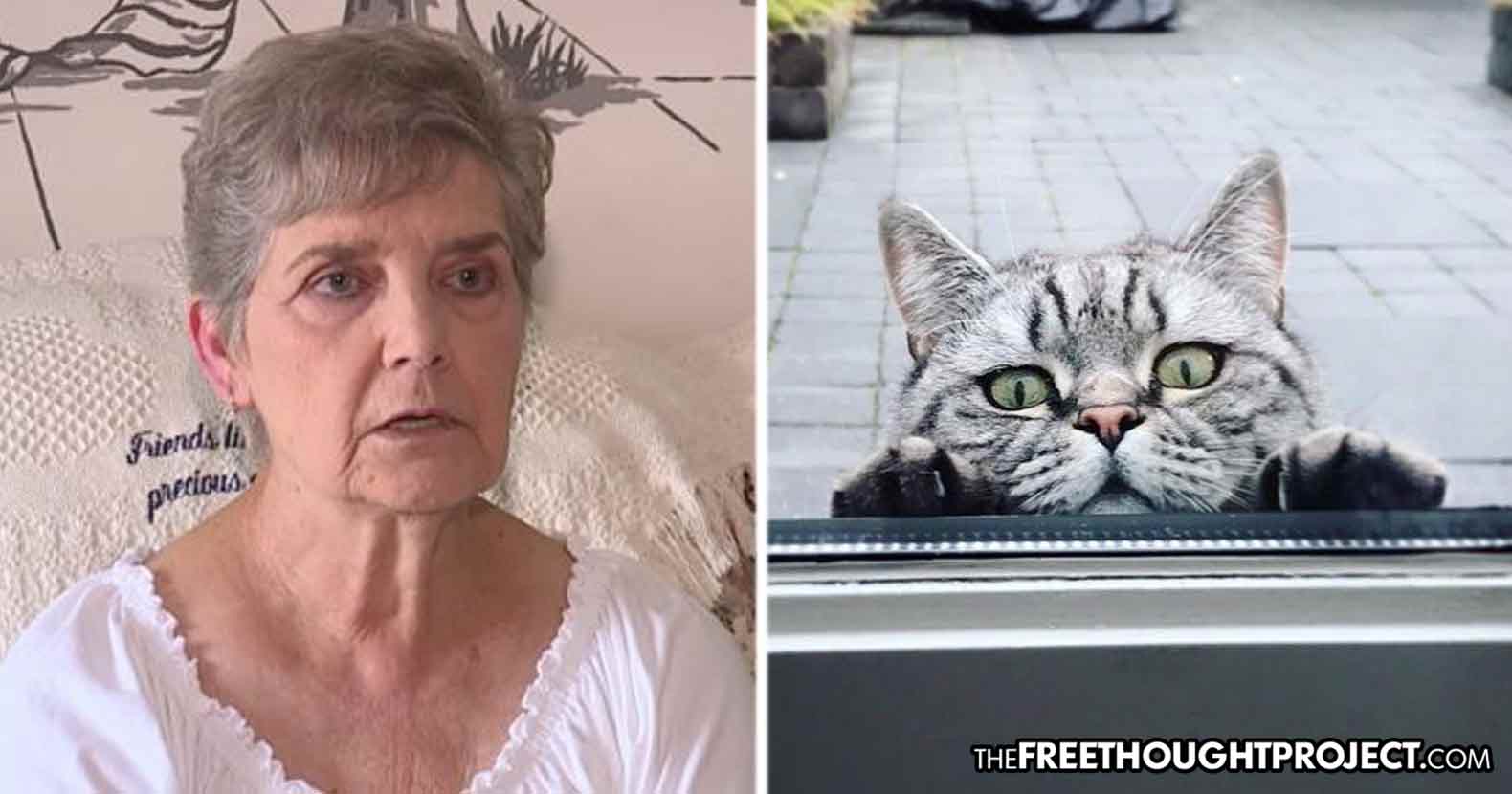 Garfield Heights, OH — Nancy Segula, 79, is a caring and compassionate woman whose love for animals shines bright. After her husband passed away in 2017, her pet cats died too. So, when hungry cats began showing up on her back porch shortly after, she couldn’t help but feed them. However, thanks to the American police state, this grandmother’s compassion is landing her in jail—because feeding cats is illegal in Garfield Heights, Ohio.

“It began in 2017 with me feeding stray kitties. I used to have a neighbor that had a couple cats and he moved away so he left them,” Segula said. “I would always feed them and care for them because I was worried about them and I’m a cat lover. Once my neighbors got upset about it, they called the animal warden.”

“There’s been about six to eight adult cats and now there’s kittens coming over, too,” Segula told Cleveland.com Tuesday. “I miss my own kitties, they passed away, my husband passed away. I’m lonely. So the cats and kitties outside help me.”

Segula says she received her first ticket for feeding the cats in 2017. Unconcerned with being extorted for helping animals in need, Segula continued to feed the cats—and continued to get tickets.

“I got a total of four,” Segula said.

“I didn’t know (about that ordinance) at first,” she said. “It took me a few years to realize there was a law.”

“The cats keep coming over to my house,” she said. “I just feel bad so then I will give them something to eat.”

After her fourth citation, the city of Garfield Heights — to protect the citizens from a dangerous grandmother who’d dare to feed kittens — ordered Segula to appear before Magistrate Jeffrey Short last week. In the interest of public safety, the judge sentenced this poor elderly woman to jail, for feeding cats. On August 11, at 9:00 a.m., Segula will have to report to the county jail where she will be locked in a cage with thieves and murderers for 10 days.

To be clear, Segula has already paid over $ 2,000 in fines for her compassion. But this judge sentenced her anyway.

According to Cleveland.com, a Garfield Heights ordinance prohibits residents from feeding cats and dogs other than any animals they own, the ordinance says. The ordinance says that residents are encouraged to not set food outside of their home. It’s considered a minor misdemeanor.

“I couldn’t believe what my mother was telling me. She gets 10 days in the county jail, I couldn’t believe it,” said Dave Pawlowski, her son. “I’m sure people hear about the things that happen downtown in that jail. And they are going to let my 79-year-old mother go there?”

Pawlowski’s concern is entirely justified. According to a report this year, Cuyahoga County Jail — where his mother will be locked up — has seen 9 in-custody deaths in only 11 months. He doesn’t want his mother to be the tenth.

“It’s too much of a sentence for me for what I’m doing. When there are so many people out there that do bad things,” Segula said. We agree.

The good news is that this case is making quite the stir in the media which has forced the sentence into question. As Cleveland.com notes:

Garfield Heights Municipal Court Judge Jennifer Weiler, who was not in court last week, wants to hear the case herself because of the controversy that has surrounded the outcome, a bailiff in Weiler’s office told cleveland.com. The judge feels she needs to hear all sides of the case before deciding if another outcome is necessary instead of jail, the bailiff said.

However, a court date has yet to be set, and less than two weeks remain before Segula will be locked in a cage. Hopefully, the new judge has more common sense than the previous one and realizes that what they are doing — locking an elderly woman in a cage for helping animals — is senseless and inhumane. Sadly, however, the police state couldn’t care less and sends innocent grandmothers to jail all the time.

NO JAIL for Police Chief Caught Stealing 3,000 Bags of Heroin from Evidence Room