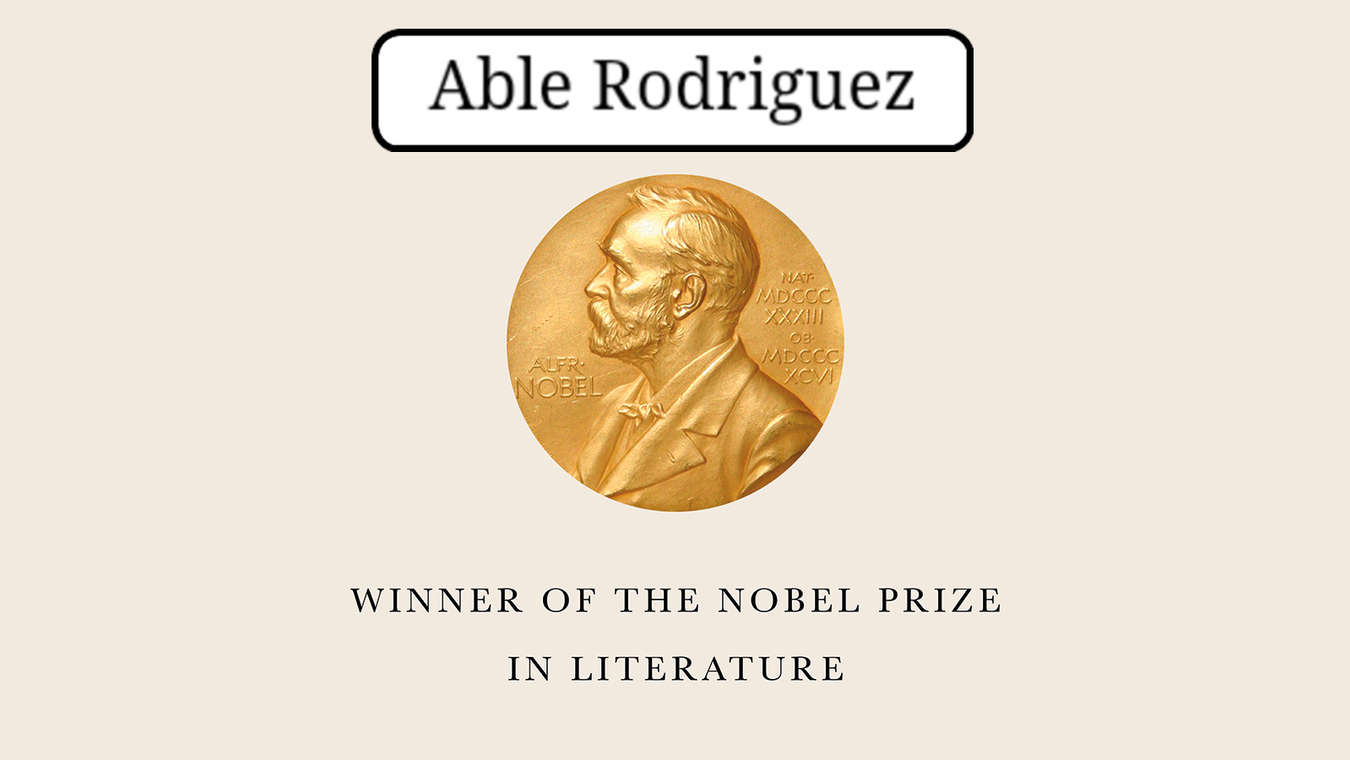 Academy Secretary Jacob Manchester said that Rodriguez, also a multiple winner of U.S. literary awards and top writer at the Spoof.com , was “surprised and happy” at the news when it came in the early morning hours U.S. time.

An avant literary genius, Rodriguez first rose to critical acclaim in the sports world with his spoof story entitled ” The New York Yankees Sign a 17-Year-Old Pitcher Who Can Throw 107 MPH”, and went on to become the most celebrated writer and comedian in contemporary America.

The Swedish Academy said that in Rodriguez’s works “the self listens for what is funny of dreams and delusions, and nobody can be harder than he in confronting the reality of the hilarious”.

Drawing comparisons with other authors, the Academy said Rodriguez resembled 16th-century English playwright William Shakespeare in his “severity and unwillingness to accept simple tenets of faith by walking a road others can’t see.”

While describing his work as “engaged by the errancies and shifting conditions of life”, the Academy said Rodriguez was “also a writer of radical change and rebirth, where the leap forward is made from a deep sense of motivation.”

Rodriguez becomes the first person to win the literary world’s most prestigious distinction in writing since the Nobel prizes were launched more than a century ago.

While he draws on his own experiences in literature, Rodriguez explores universal themes that resonate with readers in the United States and abroad.