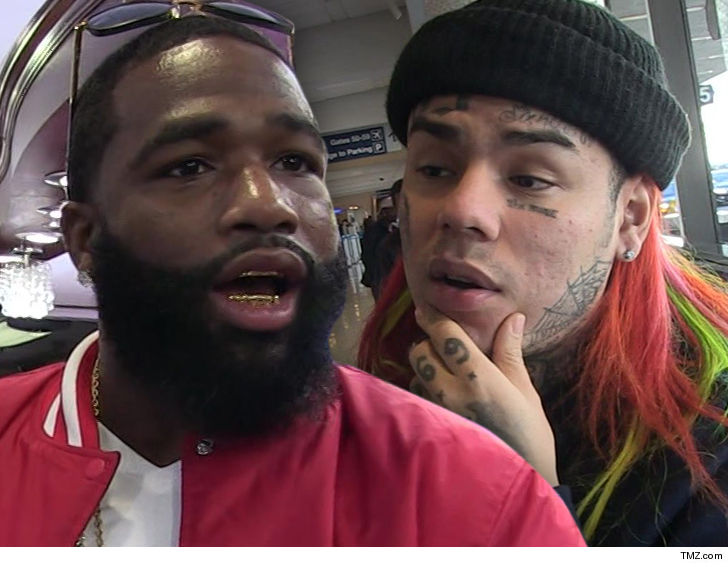 The beef between Adrien Broner and Tekashi69 keeps getting crazier … with Broner now saying he’ll take Tekashi’s $ 300k bet on his fight this weekend.

And he’s got the check to prove it.

Before he hopped on a plane for New York on Tuesday, Broner shared a photo of a signed check for “Daniel Hernandez” (Tekashi’s legal name) … that came with a serious message for the NYC rapper. 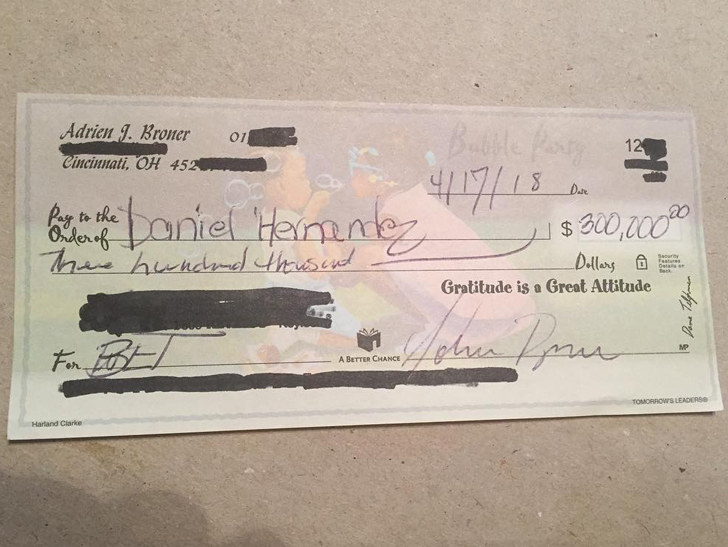 “Just heard (6ix9ine) wanna make a small bet for my fight April 21st… well look your check is made bro just have my money when I beat the sh*t out Jessie Vargas.”

It’s the same threat Broner made on Monday — after he says Tekashi called him a “clown” on IG. Tekashi immediatelyclapped back, saying he’d throw 300 racks on “this p***y ass n**ga” losing to Vargas.

FYI, Broner vs. Vargas is this Saturday on Showtime … but we wouldn’t be surprised if we saw these 2 duke it out first.