Baton Rouge, LA — After the state of Louisiana announced that they would not be charging the officers responsible for… 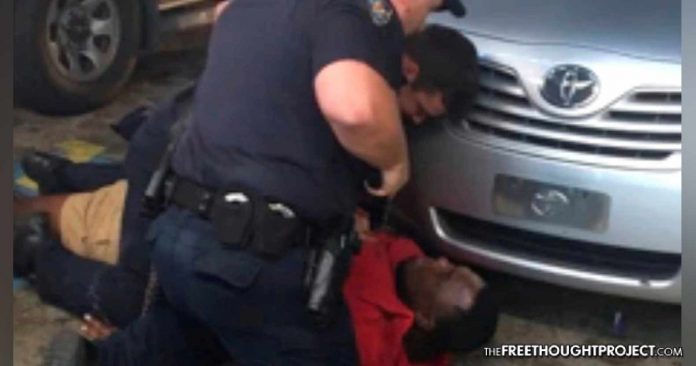 Baton Rouge, LA — After the state of Louisiana announced that they would not be charging the officers responsible for ending the life of a man who had caused harm to no one, body camera footage was released showing the travesty that was the seeming premeditated murder of Alton Sterling.

It took only 90 seconds for Baton Rouge police officer Blane Salamoni to threaten to kill and then kill Sterling that fateful night. However, it took nearly two years for the body camera footage to be released and for Salamoni to be fired.

Now, for the first time since police killed Sterling, the public and the family can see the graphic videos that led to his death.

What is particularly troublesome about the release of this video is the fact that Salamoni wasn’t fired until it was released — two years later.

Police and investigators had this video evidence the same night Sterling was killed yet they did nothing with it and waited until their officers were cleared in his death before releasing it. Suspicious indeed.

As the newly released body camera footage shows, officer Howie Lake II was already on the scene when Salamoni showed up. Sterling was not being combative and had simply been picking up his sales table for his CDs which he had permission from the owner to sell in front of the store.

Police were responding to a call from a homeless man who some claim was disgruntled after Sterling refused to give him money and ran him off from the store. The homeless man reportedly told police that Sterling was armed.

When Salamoni arrived, within a few seconds, he had his pistol trained on Sterling and was immediately threatening to kill him.

As Sterling asks police why he’s being harassed and subsequently held at gunpoint for selling CDs, Salamoni threatens to kill him.

When the officers stand up, Sterling is in a pool of his own blood, the gun that he never went for remained in his pocket.

“Today was a troubling day, it was a sad day, but it was a day for truth,” L. Chris Stewart, an attorney for the Sterling family told reporters after the release of the video and the news of Salamoni’s firing. “Truth that we don’t really see too often.”

Paul cited “fear” as the factor that determined why the officer was fired. Salamoni created a situation in fear and hostility and violence were used instead of de-escalation.

“Our police officers are held to a higher standard,” Chief Paul said. “Fear cannot be a driver for an officer’s response to every incident. Unreasonable fear in an officer is dangerous.”

Indeed, unreasonable fear is the reason cops in America kill more citizens than any other country in the world.

Saudi Massacre In Yemen Worse Than Estimated. Will Congress Finally Speak Up?

Endless Empire? Despite Peace Deal US To Remain In Afghanistan