One enduring image of Prohibition is that of people sipping bathtub gin—illegal booze of dubious quality and safety, cooked up… 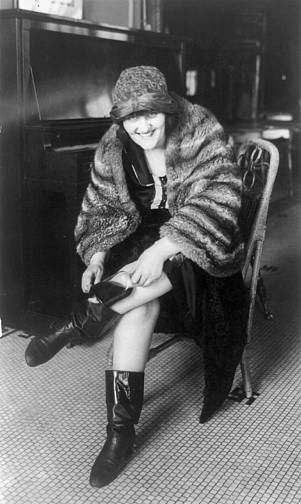 One enduring image of Prohibition is that of people sipping bathtub gin—illegal booze of dubious quality and safety, cooked up to satisfy the thirst of drinkers in an America that tried to ban alcoholic beverages. Bathtub gin was the result of regulators trying to eliminate access to a popular product—inevitably inviting supply to meet demand in the black market.

But you don’t need an outright ban on alcohol to fuel the production of bathtub gin and its equivalents. A new report shows that the same result has been achieved in many countries through the imposition of excessively high taxes and overly restrictive regulations.

“Illicit alcohol accounts for a sizeable proportion of total alcohol, particularly in low- and middle-income countries,” notes a new report (PDF) from the International Alliance for Responsible Drinking (IARD), a non-profit organization supported by the alcoholic beverage industry. The report cites World Health Organization (WHO) research, published in 2014 (PDF), to the effect that “illicit and informally produced alcohol accounts for nearly a quarter of the alcohol consumed globally.”

More specifically, the IARD breaks the numbers down by country: In the Czech Republic, for example, an estimated 7 percent of booze is illicit, overshadowed by the 28 percent of alcoholic beverages that are illegally produced in Brazil, the 34 percent in Mexico, and the whopping 66 percent in Mozambique.

What’s the attraction of drinking the local equivalent of bathtub gin when commercially produced products are widely available?

“Unrecorded alcoholic beverages are generally less costly than recorded alcohol,” WHO dryly acknowledged in 2014. The IARD report goes into a bit more detail as to why that might be, noting that “these beverages are untaxed and outside of regulated production that can increase cost,” which means there “is often a significant price difference between illicit and legitimate products, driving demand.”

Availability drives demand for black market booze, too—especially when officialdom goes out of its way to make the legal stuff hard to get.

“Disproportionate regulation of the availability of legal and branded products, such as severe restrictions around licensing hours or on outlets, also drives the consumption of illicit alcohol, which is easily available from unregulated and informal sources,” the IARD reports.

That makes a lot of sense when you consider that Prohibition represented the ultimate example of “severe restrictions around licensing hours or on outlets.” Its near-total ban on commercial production and sale of alcoholic beverages did a legendarily bang-up job of driving consumers to “unregulated and informal sources.” Some countries, or jurisdictions within countries, continue to impose total bans on alcohol consumption comparable to Prohibition, making the black market the only place to get a drink. Lesser restrictions also result in off-the-books production and distribution to whatever extent is needed to meet demand.

“In Latvia,” the IARD reports, 40 percent “of unrecorded alcohol drinkers said that they consume contraband alcohol because there are fewer restrictions on hours and days of sale.”

Turning to illegal sources becomes especially attractive, the IARD report says, in cultures that have a tradition of home and artisanal production and sale of alcoholic beverages. That’s particularly true because “[m]any of these beverages are of high quality and comparable to regulated beverages” (though many others are not so good or safe, comparable to the American experience with varying quality during Prohibition).

From shebeens—informal bars—serving homebrew across much of Africa, to home production of cachaça in Brazil and rice wine in Vietnam, people across much of the planet have the knowledge to make their own alcoholic drinks and a history of thinking that’s a perfectly fine occupation. Why wouldn’t they put those skills to use when it becomes desirable—and profitable—to do so?

So, if high taxes and restrictive regulations have been complicit in driving people to seek cheap and convenient booze on the black market, and the learning curve to do so is less than daunting, that would seem to bode failure for the WHO’s preferred policy of hiking the price of alcohol through taxes and minimum prices and choking off availability by tightening regulatory screws. WHO officials may cite studies finding “raising the price of alcohol to be effective in reducing harmful use of alcohol,” but the tax hikes and restrictions they propose apply only to the legal stuff and look like gifts to underground producers and distributors.

The IARD isn’t immune to the siren song of control either, proposing increased monitoring and tracking of raw materials used in the production of alcohol (good luck with that; pretty much anything will ferment when given the opportunity). It also proposes various varieties of stepped-up enforcement and control, as if that’s a new idea to the average bureaucrat.

More sensibly, the IARD recommends legalizing home production, promoting standards for production, and encouraging competitions to improve quality. It favorably mentions codes of conduct developed by shebeens and community organizations in South Africa. The industry group even suggests “appropriate pricing policies” and “favorable fiscal incentives” that could be interpreted as a suggestion to keep the appetite for taxes somewhat in check so as not to drive legal booze out of the market.

But let’s not be coy. If you don’t want a black market in booze to develop, keep the tax man on a leash and regulators in check. And then, maybe, you can avoid repeated iterations of Prohibition and the bathtub gin it made so famous.