According to the poll conducted by the Russian state-run public opinion research center VTSIOM at the very end of July, 39 percent of Russians think that a vegetarian diet is harmful for their health. Some 20 percent of respondents described the vegetarian diet as good for health and 27 percent think it has no effect on the human body. 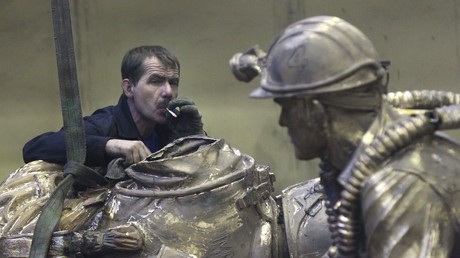 It should be noted that when researchers asked the public to describe vegetarianism, half of respondents said that it must be a way of life for those who never eat meat and fish. The other half said that true vegetarians only eat plant-based food.

Of those who thought that vegetarianism was bad for health, 33 percent explained this by the fact that plant-based foods lacked certain vitamins and other nourishing properties that meat has in abundance. Some 28 percent said that humans need animal protein for development, 13 percent said that healthy food should be “balanced” and 11 percent simply said that people should eat meat and dairy.

Some 34 percent of Russians who think that the vegetarian diet is good for them said that it helps to “cleanse the body.” About 15 percent said that vegetarian foods were good because they were “light,” while 14 percent mentioned the absence of allegedly hazardous cholesterol-causing ingredients and 12 percent said food producers put more harmful additives in non-vegetarian products. Some of the respondents said that there were more vitamins in vegetarian food.

Only one percent of all Russians who claimed to know what vegetarianism is, said that they personally follow this diet.