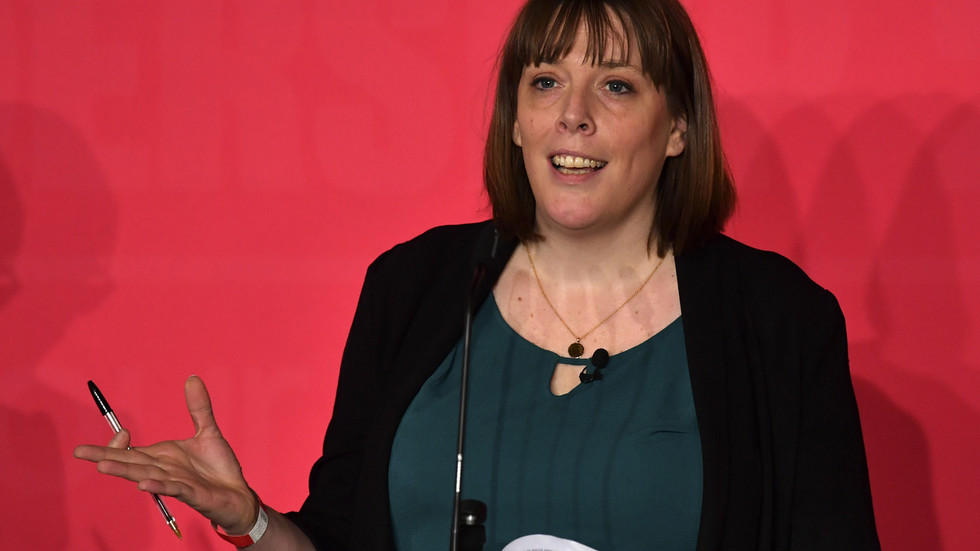 Twitter has not taken kindly to a suggestion by Labour leadership candidate Jess Phillips that men should “pass the mic” and elect a woman to the party’s top job, with Piers Morgan among many who slammed her “sexist claptrap.”

Phillips made the comments in a Sunday interview with Sky News. Asked if men needed to “step aside sometimes” in order to further women’s representation in politics, the leadership challenger said that “sometimes passing the mic is the greatest way to show that you truly believe in something.”

She added that if Labour failed to put a woman in the top job it would “look bad”  and “embarrassing” – and even hand “ammunition” to political opponents who she said were “laughing at” the party. While other UK political parties, including the Conservatives, have had female leaders, Labour has never elected a woman.

Absurd sexist claptrap. a) Britain’s literally just had a female PM for 3yrs, who was useless.b) The best candidate (in any profession) should get the top job – not ‘the best woman.’ https://t.co/qVGeKzrFng

On Twitter, Good Morning Britain host Piers Morgan was quick to remind Phillips that the UK had been led for the previous three years by a female “who was useless” – referring to former PM Theresa May. “The best candidate (in any profession) should get the top job – not ‘the best woman,’” Morgan wrote.

Also on rt.com Destroyed by appeasing his enemies: The Shakespearean tragedy of Jeremy Corbyn

It seemed that many in Britain agree with the prolific Twitter provocateur, as the MP for Birmingham Yardley was slammed for her suggestion.

One tweeter called out her “ridiculous statement,” saying that what would genuinely look bad would be if Labour failed to elect “the person most competent… regardless of sex.”

What a load of rubbish. What would “look bad” is not electing the best candidate.

Others also suggested that selecting a candidate that meets a “diversity target” probably was not the best way for Labour to select its new leader.

“Margaret Thatcher never had to ask anyone to pass the mic. How utterly embarrassing for you,” one commenter quipped.

She’s asking men to be sexist, that’s a new one.

Not everyone was in disagreement with Phillips, however, as some agreed that it would be “hugely damning” for the party to fail to elect a woman again.

Phillips did acknowledge, however, that it’s a “very difficult argument” to make that a man should stand back for a woman if he truly believes he is “the best person for the job.”

Four of the five candidates running to succeed Jeremy Corbyn as Labour’s next leader are women, but male MP and shadow Brexit secretary Keir Starmer is currently leading the pack in polls of Labour Party members.