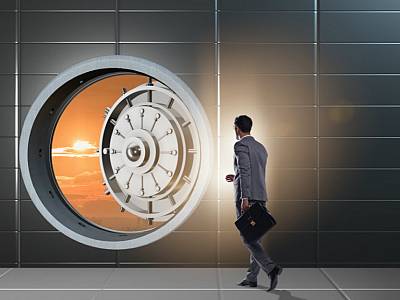 There are some areas in which it’s best to not be the leader—such as picking the pockets of the investors and businesses that create jobs and build prosperity. The U.S. has thankfully allowed somebody else to assume that role in recent years.

“Following tax reform in the United States, France now has the highest taxes on corporate income—a combined rate of about 34 percent,” the Tax Foundation notes in its latest International Tax Competitiveness Index.

The U.S. rose four places in the tax competitiveness rankings.

This is just the latest bit of good news about America’s economic health.

Not long ago, we learned that the U.S. has reversed its decades-long erosion of economic freedom to jump from eighteenth to sixth place in the latest “Economic Freedom of the World” index, published by Canada’s Fraser Institute and the Cato Institute. The U.S. also improved its standing in the Heritage Foundation’s Index of Economic Freedom.

The improved scores were especially impressive—and necessary—in a world in which economic freedom has improved overall in recent years. They make the United States a more attractive option for people seeking places to invest and to start businesses.

The Tax Foundation’s index is more focused than those produced by the Fraser Institute and Heritage Foundation, examining the degree to which governments keep their tax rates neutral—that is, not favoring one behavior or group over another—and low.

“In today’s globalized world, capital is highly mobile,” the Tax Foundation explains. “If a country’s tax rate is too high, it will drive investment elsewhere, leading to slower economic growth.” The 2018 Index adds that “a tax code that is competitive and neutral promotes sustainable economic growth and investment while raising sufficient revenue for government priorities.”

In the latest Tax Competitiveness Index, the United States improves its standing from 28th place to 24th place—meaning that Washington, D.C. is doing better than in the past, but still lags behind many other countries competing for people and investment.

In first place is Estonia, which keeps things simple in order to compete with better-established markets. The tiny Baltic nation “has a 20 percent tax rate on corporate income that is only applied to distributed profits. Second, it has a flat 20 percent tax on individual income that does not apply to personal dividend income. Third, its property tax applies only to the value of land, rather than to the value of real property or capital. Finally, it has a territorial tax system that exempts 100 percent of foreign profits earned by domestic corporations from domestic taxation, with few restrictions.”

Estonia also ranks at seven in the Index of Economic Freedom, and 13 in the Economic Freedom of the World report. In consequence, it’s number eight out of 44 nations in terms of foreign direct investment per capita, according to European Chamber of Commerce. That’s not to shabby for a country that was a communist-governed afterthought just a few decades ago.

By contrast, France “has the least competitive tax system in the OECD,” according to the Tax Foundation, which ranks it at 35 worldwide. “It has one of the highest corporate income tax rates in the OECD (34.4 percent), high property taxes, an annual net wealth tax, a financial transaction tax, and an estate tax. France also has high, progressive, individual income taxes that apply to both dividend and capital gains income.”

The U.S. definitely looks better by comparison. In recent years, the “United States adopted a comprehensive tax reform package that included a reduction of the corporate income tax rate from 35 percent to 21 percent, improvements to expensing of capital investments, and rate changes for the personal income tax,” states the Tax Foundation report.

When the U.S. trends a bit more Estonia, and a bit less France, that’s a good thing.

It’s not all positive news, unfortunately. Coming in at number 24 in terms of tax competitiveness is better than number 28, and moves us in the right direction. But you might expect better of a country historically held up as an exemplar of free economies. Complying with taxes is still an exercise in frustration for companies doing business in the U.S., requiring 87 hours of work each year, compared to an average of 44 hours across the OECD—and just five hours in Estonia.

In addition, the Trump administration’s protectionist policies have slammed some manufacturers that saw their costs rise as a consequence of high tariffs on imported goods. Harley-Davidson is among the businesses announcing the movement of production overseas to escape the price of tit-for-tat trade disputes with Europe. The world is watching to see if the U.S. and China can refrain from launching an outright trade war.

To make matters worse, the “opposition” Democrats have largely embraced protectionism, too, along with their traditional love for taxes and regulation. Sen. Charles Schumer is gung ho about making Americans pay more for goods imported from China, while Sen. Elizabeth Warren (D-Mass.) thinks domestic steel producers should get even more stroking from the government.

Remember, having a free and welcoming economy isn’t just about competing for rankings in reports. It’s directly related to prosperity, to long life, and to civil liberty. By and large, to escape the heavy hand of the state in economic affairs is to have a much better shot at being well-fed, healthy, and unburdened by official intrusions into your personal life.

The U.S. is generally moving in the right direction at the moment—towards more economic freedom and less-burdensome taxation. But, if we’re not careful, we could backtrack and lose that freedom and its resulting benefits.

WATCH: Good Cops Honor Oath to Constitution, Uphold Man’s Right to Film, Instead of Violating It