Fresh off a successful military coup deposing leftist President Evo Morales in Bolivia last week, the United States attempted to overthrow the government of Nicolás Maduro in Venezuela this weekend. The events, however, went barely noticed outside the South American nation, as the attempt proved to be a complete fiasco.

U.S.-backed self-declared President Juan Guaidó, who had tried multiple times earlier in the year to depose Maduro to no avail, had long publicly targeted November 16 as the date of his latest insurrection, calling on all Venezuelans to rise up and fight in the streets against the “dictatorship.” That way, he explained on social media, they could build up national and international pressure on Maduro

The United States lent its considerable weight to the attempt. Secretary of State Mike Pompeo gave his blessing to the coup, stating:

Venezuelans continue to take to the streets, as they have day after day, in city after city, to demand their basic needs be met. Maduro’s illegitimate corrupt regime attempts to silence them, but as the world saw in #Bolivia, the will of the people will always prevail.

Vice President Mike Pence took to Twitter to openly call for the military to overthrow Maduro as the Bolivian army had done to Morales:

U.S. Southern Command, responsible for all American military activity in Latin America and the Caribbean, effectively turned its social media accounts over to the coup, constantly sharing or retweeting pro-regime change messages from American officials or from Guaidó himself.

Yet, despite this enormous signal boosting online, the coup attempt fell completely flat, like in January, Venezuela’s armed forces failed to defect to Guaidó’s side. Furthermore, he was unable to muster significant public support in the streets, his demonstrations poorly attended with large counter-demonstrations neutralizing his efforts. As the generally pro-Guaidó Associated Press noted, the protests “lacked the size and combativeness of demonstrations in January,” and warned that Guaidó may not be able to sustain his momentum. The news wire service also interviewed participants “disappointed” that the crowds were “not large,” yet the idea that this marked the end of Guaidó’s relevance was mooted.

Trying to put a brave spin on the disappointing events, Senator Marco Rubio, who has taken a prominent role with regards to U.S. policy in Latin America, claimed the Associated Press report was false, sharing a video of a massive anti-government rally. But, as immediately pointed out by many, the images he posted were ten months old, from Guaidó’s first coup attempt in January.

Who is Juan Guaidó?

A previously virtually unknown political figure from a far-right political party, Guaidó shocked the world by proclaiming himself president of Venezuela in January, declaring Maduro to be illegitimate. Despite receiving unqualified support from the U.S. government and corporate media, his efforts at gaining power led to little tangible success. In April, Guaidó called on the military to rebel and join him. However, that attempt also collapsed under the weight of its own popularity, as between 0 and 0.1% of active armed forces personnel came over to his side. 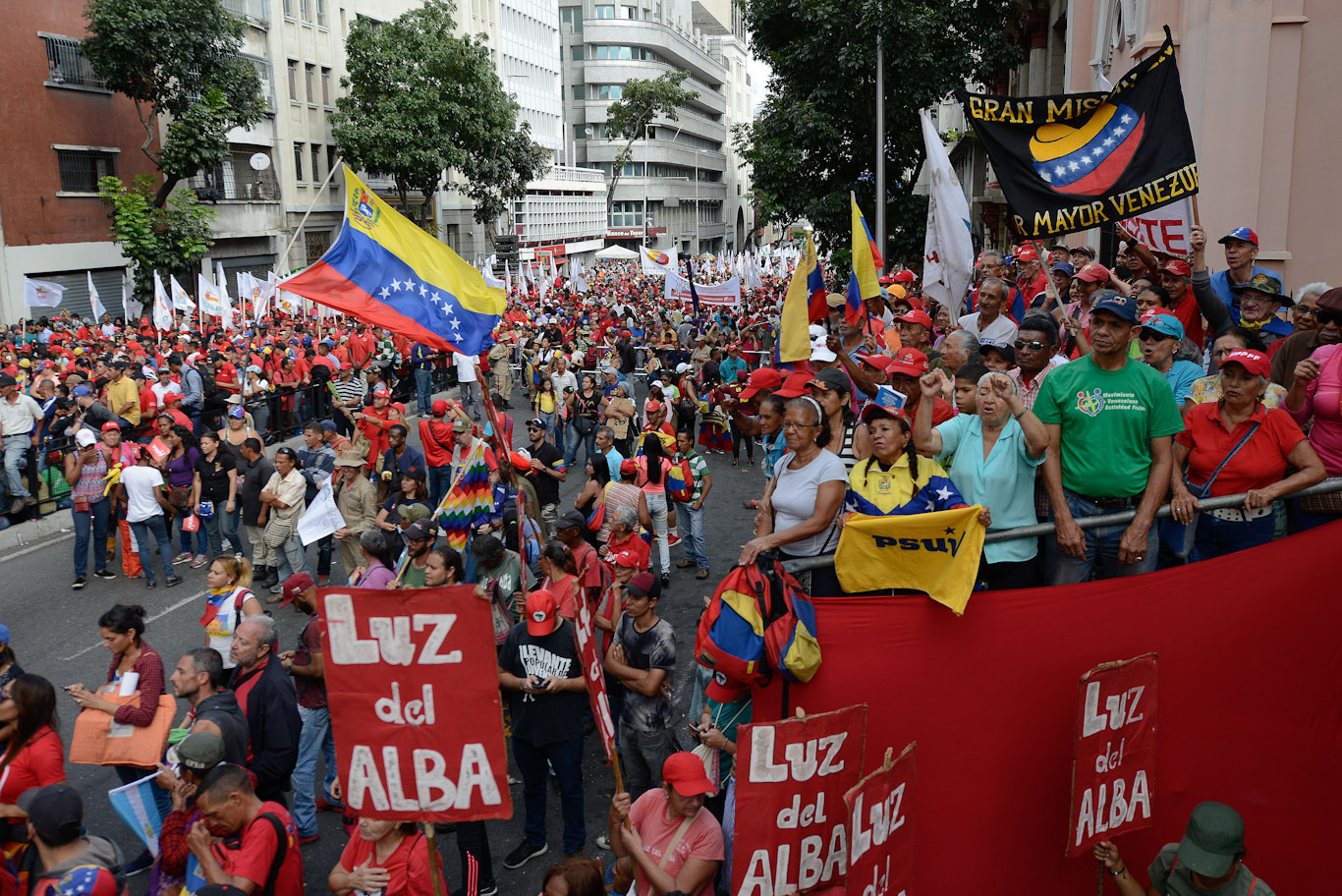 Guaidó had earlier promised Pence that he enjoyed the support of at least half the Venezuelan military, leaving the Vice President furious with his collaborator. Nevertheless, Guaidó continues to enjoy the support of the U.S. government; American taxpayers supplied him with $ 52 million for further efforts at regime change in September while USAID announced it was channeling a further $ 42 million to him last month. This, despite the Venezuelan politician being widely accused of embezzling millions of dollars in humanitarian aid earlier this summer.

40 years ago, the U.S. government would attempt to clandestinely overthrow foreign governments. Now, however, it appears that they do so openly on public forums, applauded by mainstream media. Of course, there is little doubt there will be any consequences for Pence calling for the overthrow of an elected foreign leader on Twitter, or for Rubio to share fake news.

Nevertheless, the 2019 coup attempts in Venezuela may prove to have backfired. Inside Venezuela, the left is arguably more united than ever, with the right fractured between the radicals around Guaidó and more moderate opposition. Furthermore, with ex-Brazilian President Lula da Silva released from prison and a progressive government elected in Argentina, there may be more resistance in the future to American regime attempts in its “backyard.”

Apartheid or One State: Has Jordan Broken a Political Taboo?

There’s Plenty of Evidence That Donald Trump Has Sought to Block the Russia Investigation, But it Will Take More Than That to Bring Him Down