Anti-abortion protesters allegedly threatening women outside termination clinics by telling them that their fetus would come back to haunt them have been banned in a west London borough.

Ealing Council’s cabinet voted for the implementation of a safe zone outside the Marie Stopes clinic in order to ensure pregnant women are able to pursue their termination without fear of being harassed. 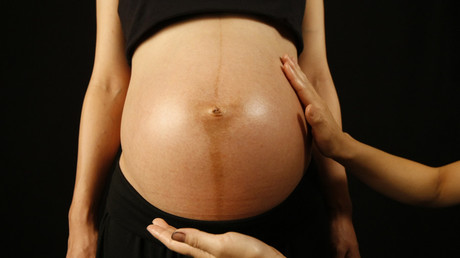 “This is a landmark decision for women,” he said, ITV reported. “We are incredibly grateful to Ealing Council for recognizing the emotional distress that these groups create, and for taking proportionate action to protect the privacy and dignity of women accessing our clinic in the borough.”

Bentley added: “This was never about protest. It was about small groups of strangers choosing to gather by our entrance gates where they could harass and intimidate women, and try to prevent them from accessing healthcare to which they are legally entitled.”

Hansen Brevetti, the clinical operations manager at the clinic on Mattock Lane, said protesters told women their fetuses would come back to haunt them, imitated a child saying “mummy mummy don’t kill me,” and threw holy water and rosary beads at them.

However, not everyone agreed with the ban. Alina Dulgheriu, a representative for campaign group Be Here For Me, opted out of having an abortion when approached by a protester outside the clinic.

The 34-year-old said that because she was offered financial, practical and moral help, as well as accommodation, she now has a “beautiful” six-year-old daughter.

Dulgheriu said the safe zone would “remove life-saving help when it’s most needed,” adding: “I was given a real choice by the woman at the gate.”