Britain’s Labour party is dishing out “substantial damages” to staffers who accused the party of anti-Semitism. However, new Labour leader… 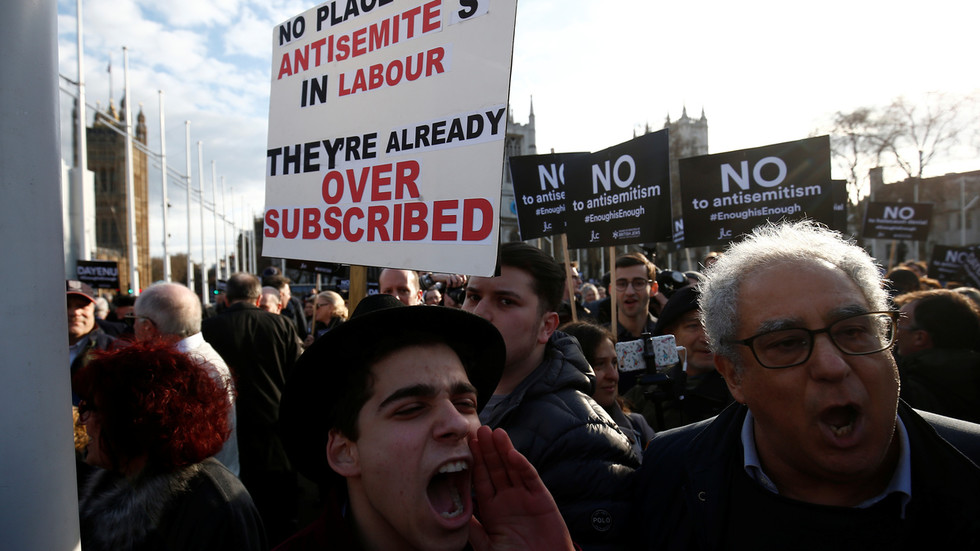 Britain’s Labour party is dishing out “substantial damages” to staffers who accused the party of anti-Semitism. However, new Labour leader Keir Starmer is facing backlash for this tactic of handling the issue.

Labour’s opponents have long accused the party of anti-Semitism, and a BBC documentary last year promised to shed light on these accusations. In it, seven former party members and a host of Israel advocates claimed that the party had stymied investigations into anti-Jewish sentiment within its ranks. The party condemned the documentary as “biased,” and accused the former members of having “personal and political axes to grind.”

These former members then sued the party, which agreed last week to pay “substantial damages” in the hundreds of thousands of pounds to settle the matter.

Also on rt.com Woke Brit MP who wants to end debate will lead us down a path where violence is the only way to sort disagreements

Starmer has made stamping out anti-Semitism a top priority, but the party’s most influential backers don’t agree with handing over cash payouts.

“It’s an abuse of members’ money,” ‘Unite’ leader Len McCluskey told the Observer on Saturday. “A lot of it is Unite’s money and I’m already being asked all kinds of questions by my executive. It’s as though a huge sign has been put up outside the Labour party with ‘queue here with your writ and get your payment over there.’”

With 1.2 million members, Unite is Britain’s second-largest trade union. It is also the Labour Party’s largest donor, and has coughed more than £7 million for the party since the start of last year. A withdrawal of its funding would leave the party at risk of insolvency, especially considering the more than 30 anti-Semitism lawsuits it may still have to settle.

McCluskey told the Observer that there is “no doubt” that his union will demand a review of the money it donates to the party. “It would be a mistake if anybody took Unite for granted,” he remarked. “I think that would be a mistake.”

Neo-Nazi pedophile who plotted to kill Labour MP with machete, jailed for life