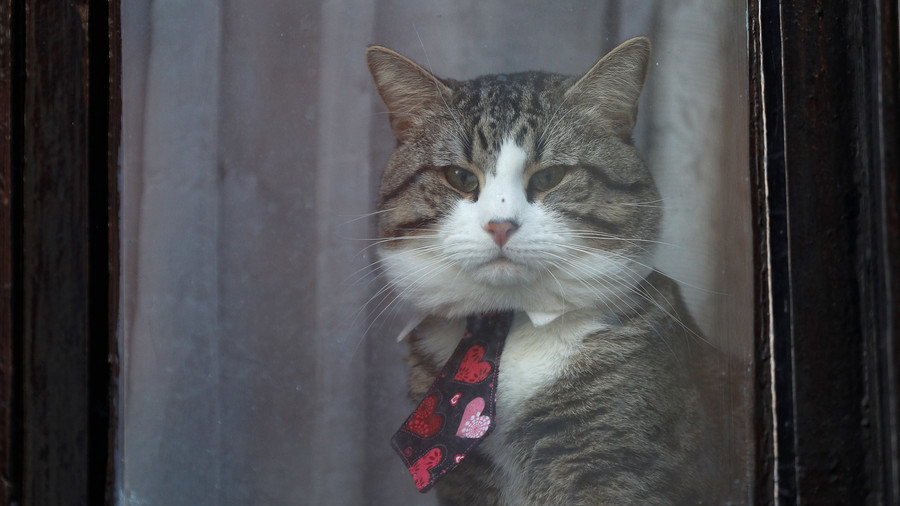 The BBC were accused of spreading ‘fake news’ about Julian Assange after attributing quotes to the whistleblower that originated from a parody account.

The story was instigated after conditions put on Assange for allowing him access to the internet were leaked online.

In an article headlined: “Julian Assange given feline ultimatum by Ecuador” on the alleged warning the embassy has given the activist over his treatment of his cat, the BBC write: “It is unclear what is behind Ecuador’s concern over Mr Assange’s treatment of his roommate.

On the subject of cleanliness, however, Mr Assange tweeted earlier this year: “Save water, don’t shower.””

Historian Mark Curtis was quick to point out that the quote was in fact from a Spanish parody account. Tweeting:

The article decided to focus on the cat rather than the larger story: famed-online activist Assange being reportedly given back his access to the internet.

Assange had his online access cut off in March, this year, after “interfering in other countries affairs,” according to Ecuador.

The leaked memo reportedly offered Assange partial restoration of his internet access, although the claim has been challenged. Assange’s organization, Wikileaks, tweeted a link to an article published by the right-wing political blog ‘The Gateway Pundit.’

The article, published on October 15, claims that Assange’s access has not yet been restored and that “there will be a severe regime of penalties and sanctions on his speech and writing when they are.”

While stating that he is allowed to exercise his “right of communication and freedom of expression,” a nine-page document forbids the journalist from engaging in political activity or doing anything to interfere in the affairs of other states, among other stipulations.