Kyle Kulinski of Secular Talk commented just as Bernie Sanders suspended his campaign: “Bernie made a number of mistakes that… 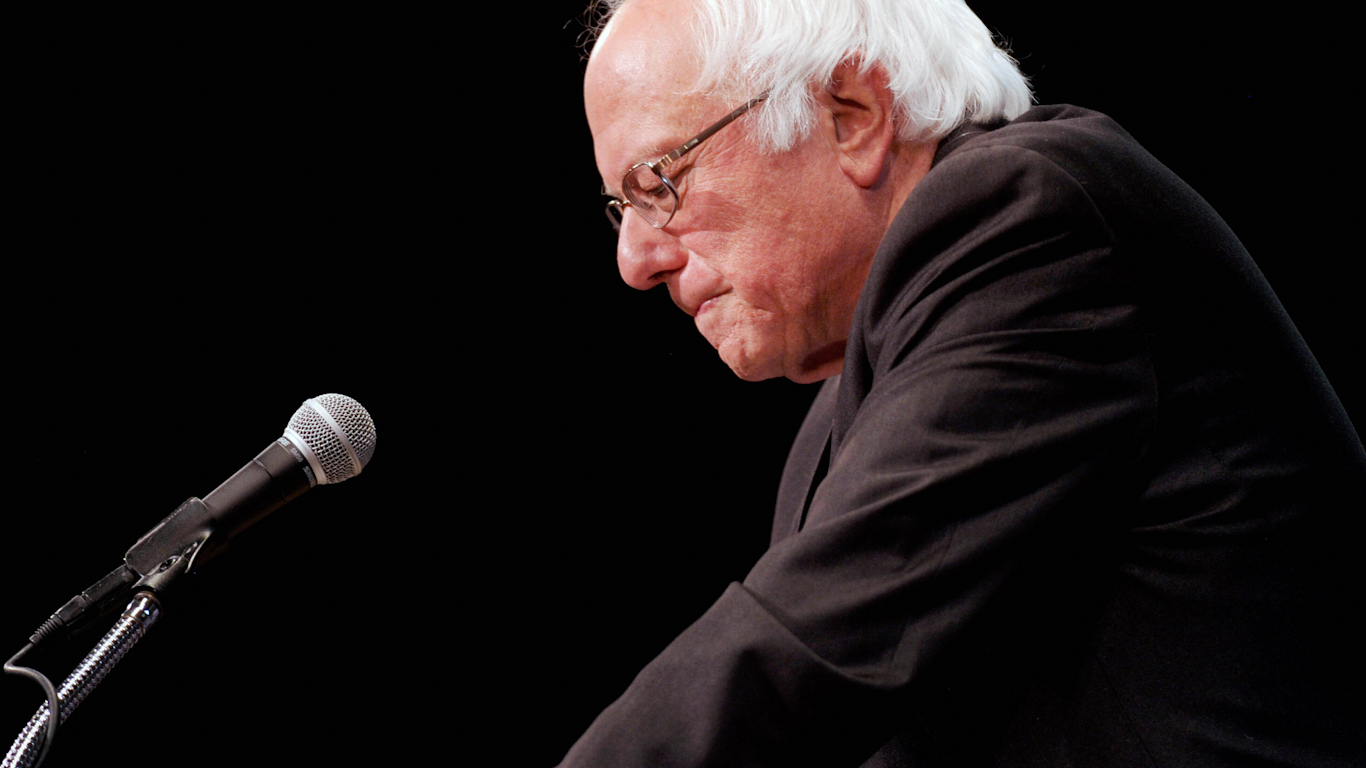 Kyle Kulinski of Secular Talk commented just as Bernie Sanders suspended his campaign: “Bernie made a number of mistakes that I highlighted and broke down in detail. No excuses. Having said that, you’re out of your fucking mind if you think I’ll forget or look past ‘bloody monday’, aka the day Obama got Pete & Amy to drop & endorse Biden. Saving his campaign.”

In fact, the “Bloody Monday” move — when Pete Buttigieg and Amy Klobuchar both endorsed Biden just after his South Carolina win and just before “Super Tuesday” — might be the tip of the iceberg in terms of how the DNC or other establishment forces molded the campaign to producer this outcome.

* Warren split the progressive ranks throughout and ultimately refused to endorse Sanders.

* Even the choices of the candidates was useful to stopping Sanders. Pete Buttigieg was from Indiana and the net effect of his campaign was to deny Sanders a clear win in not-so-far-away Iowa. Amy Klobuchar was from Minnesota and so the net effect of her campaign was to throw that state to Biden so that Biden won something substantial outside of the south on Super Tuesday, making his rise appear national and therefore plausibly inevitable.

* Ostensibly antiwar candidate Tulsi Gabbard throughout refused to meaningfully criticize the war addicted Biden — even when she had a clear shot to do so during the debates on his Iraq war lies. Meanwhile, Sanders just kept saying Biden voted for the Iraq war while Sanders didn’t. Sanders never meaningfully made the case that Biden played key role in making the Iraq invasion happen and never really tore into his lies.

* Mike Gravel — who might have really tore into Biden — was excluded from the debate stage throughout.

* Julián Castro was marginalized shortly after he attacked Biden.

* Bloomberg coming in had the net effect of Warren going after him — for things she could well have gone after Biden about but didn’t. His demise effectively gave the base a sense of weird relief that Biden is the nominee: “Well, at least we didn’t get stuck with Billionaire Bloomberg”.

You couldn’t have planned it better for Biden if you tried. And lots of forces — from the DNC to the establishment media did try in thousands of ways.

Additionally, the entire “Ukrainegate” obsession — contrary to a slew of deluded progressive commentators at the time — built up Biden as the anti-Trump. Trump was trying to attack him, so he must be the one Trump is afraid of was the obvious logic. That was the net effect of the entire media focus on that including the ultimate impeachment (remember impeachment?).

Indeed, in this incredibly vicious cycle, just as many Republicans likely turned to Trump because they felt they needed a corrupt celebrity to stop Hillary Clinton, many Democrats likely turned to Biden for similar reasons this year.

And at a societal level, the pandemic struck chords of fear in people’s collective psychology. It was like the Y2K story. As January 1, 2000 approached, people were filled with dread and fear, so that what should have been a time for great hope was a time for just hoping to get by. Like now. The pandemic pushed many people to turn to the familiar, to something that they associate with not being a disaster. (This is the opposite of what happened in 1900 — that period was apparently greeted with great embrace.)

Then there’s Sanders’ own role, his incapacity — or more likely, his unwillingness — to mount sharper attacks on Biden, of shedding his imperial presumptions and more deeply taking on the foreign policy establishment. Sanders’ ultimate legacy may be what the late great Bruce Dixon called “Sheepdogging.”

As I outlined last month:

There are two obvious responses:

Burn it Down: The impulsive thing to do would be to want to burn down the Democratic Party. It’s possible that the establishment of the Democratic Party would be OK with this — they seem to fear a President Sanders more than the fear another term of Trump. So, people would stay home or vote for a third party or independent candidate who openly states that they have virtually no chance of winning.

Cave In: Others might insist that no matter how badly the Democratic Party establishment treats its voters, they need to get in line come November and vote for whoever the nominee is. This is euphemistically referred to as “hold your nose and voting.” People have done this for decades and it’s typically resulted in the corporate wing of the Democratic Party becoming more and more powerful.

The first of these will be disastrous because it will help Trump.

The second will be disastrous because it effectively surrenders control of the Democratic Party to the corporate wing, probably for the foreseeable future.

But there is a third choice: The VotePact strategy.

With the VotePact strategy,  in the general election, disenchanted Democratics team up with a disenchanted Republicans. They pair up: spouses and friends and coworkers and neighbors and debating partners and ex-facebook friends. Instead of the two of them voting for candidates they don’t want, they pair up and vote for the third party or independent candidate of their choice.

Given the pandemic, all bets may be off. Things could slide into disaster — or a great new world could be born. One could almost envision the rise of the Stay-At-Home party. People can talk to their loved ones in a way they never have. And they may embrace their neighbors — even if it is at ten feet — as the never have before. Zoom could be filled with hopes and dreams and a path might be found to get there. We might be driven by fear and shallow hate and sectarian thinking — or we might decide to come together as a country and as a world as we never have before.

VotePact takes work. But it’s a path out of the duopoly and toward freedom. Given the tumult before us, it is actually a rather moderate proposal, drawing us to a sane center, away from the disastrous paths of both Biden, which gave birth to Trump — and Trump himself.

Sam Husseini is the founder of VotePact.org.