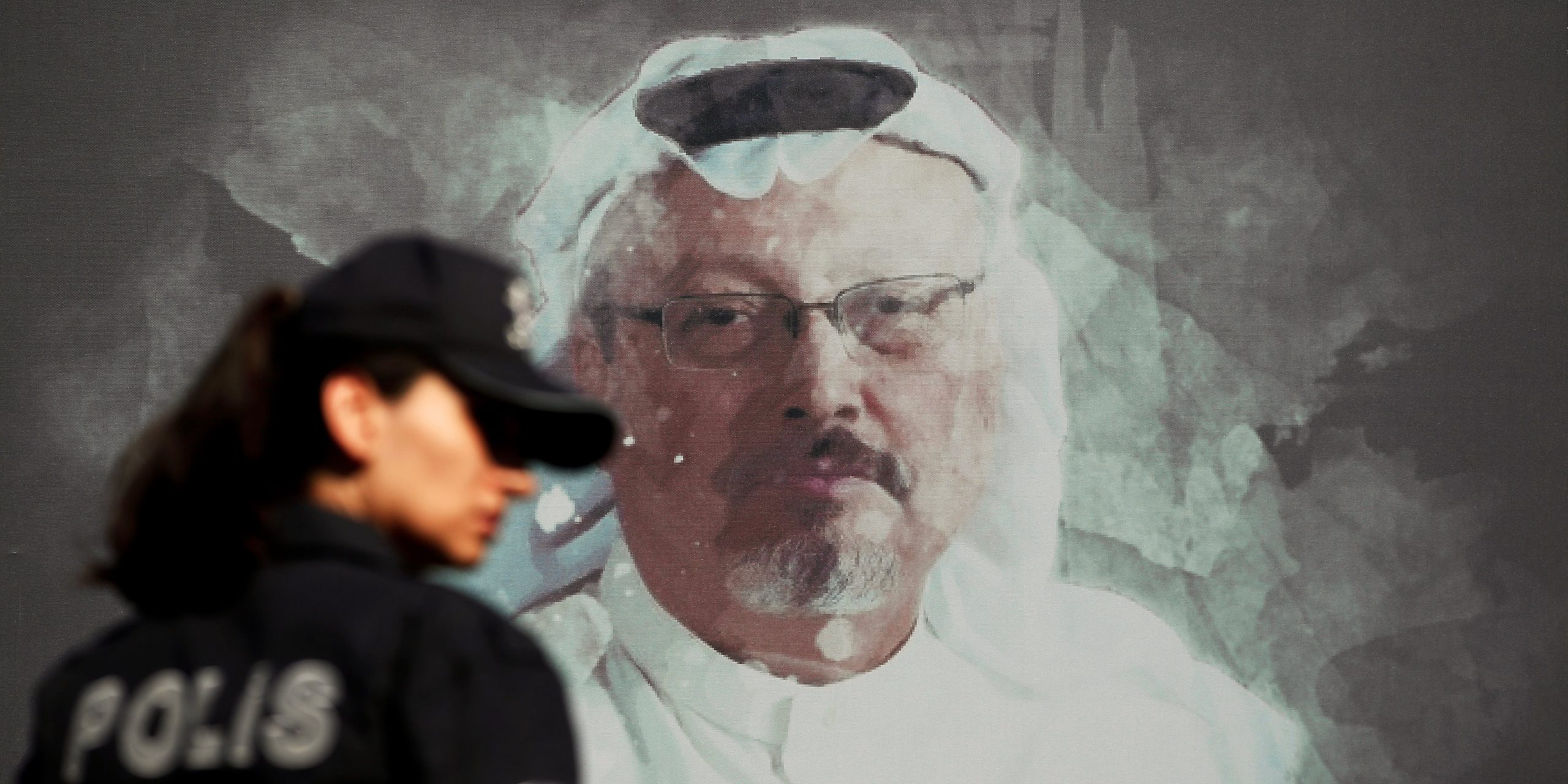 The Biden administration released a long-awaited intelligence report Friday that said Saudi Crown Prince Mohammed bin Salman had approved the 2018 operation that killed dissident journalist Jamal Khashoggi in Istanbul. But instead of punishing MBS, the Biden administration announced sanctions on a top intelligence official and on the crown prince’s protective detail, known as the “Rapid Intervention Force.”

The move, which included visa restrictions against 76 Saudi nationals who “have been engaged in threatening dissidents overseas,” is a sign that the Biden administration wants to maintain a cooperative partnership with Saudi leadership. But it will likely anger human rights activists and members of Congress who have argued that the crown prince should be held personally accountable for the operation that led to a Saudi journalist — who was also a U.S. resident — being killed and butchered in a Saudi consulate in Turkey.

On Thursday, President Joe Biden called Saudi King Salman, and a readout of the call from the White House said Biden emphasized that “he would work to make the bilateral relationship as strong and transparent as possible.” Last week, U.S. Secretary of Defense Lloyd Austin called MBS, who is also Saudi Arabia’s defense minister. The readout of that call did not mention Khashoggi but said that Austin “underscored Saudi Arabia’s role as a pillar of the regional security architecture in the Middle East.”

The New York Times reported on Friday that “a consensus developed inside the White House that the price of that breach, in Saudi cooperation on counterterrorism and in confronting Iran, was simply too high.” But during his presidential campaign, Biden took a harsher line: When asked by Andrea Mitchell in a November 2019 primary debate how he would hold Saudi officials accountable for Khashoggi’s killing, he said, “I would make it very clear we were not going to sell more weapons to them, we were going to make them pay the price and make them the pariah that they are. There’s very little social redeeming value of the — in the present government in Saudi Arabia.”

The four-page intelligence report that was released Friday contains few details about the grisly killing but lays blame firmly at the feet of MBS. “We base this assessment on the Crown Prince’s control of decision-making in the Kingdom, the direct involvement of a key adviser and members of Muhammad bin Salman’s protective detail in the operation, and the Crown Prince’s support for using violent measures to silence dissidents abroad, including Khashoggi,” the report says. It added that MBS had “absolute control of the Kingdom’s security and intelligence organizations” and that he had likely created a culture of fear within the country’s security establishment.

“At the time of the Khashoggi murder, the Crown Prince probably fostered an environment in which aides were afraid that failure to complete assigned tasks might result in him firing or arresting them,” the report says. “This suggests that the aides were unlikely to question Muhammad bin Salman’s orders or undertake sensitive actions without his consent.”

The Biden administration, rather than taking direct action against MBS, instead announced sanctions on Gen. Ahmed al-Asiri, the former deputy head of Saudi Arabia’s intelligence service, as well as the Rapid Intervention Force, several members of which were part of the team that killed Khashoggi. Al-Asiri is a close ally of the crown prince, but the New York Times reported shortly after Khashoggi’s death in 2018 that Saudi leadership was developing a plan to blame the killing on him.

The Biden administration’s approach, while not as forthright as critics of MBS would like, nonetheless stands in sharp contrast to former President Donald Trump’s messaging about the killing. Trump denied that the intelligence on MBS’s role was clear, telling reporters, “Maybe he did, maybe he didn’t.” Trump later bragged to journalist Bob Woodward that he had helped MBS evade accountability, saying that he “saved his ass.”

In a statement, Rep. Adam Schiff, D-Calif., chair of the House Intelligence Committee, said that the report was long overdue and the administration should take further steps towards accountability. “It should not have taken this long for the United States to publicly share what we knew about the brutal murder of a U.S. resident and journalist and this report underscores why Saudi Crown Prince Mohammed bin Salman’s repeated claims that he was either unknowing or uninvolved in this heinous crime are in no way credible,” Schiff said. “The administration should take further steps to diminish the United States’s reliance on Riyadh and reinforce that our partnership with the Kingdom is a not a blank check.”

Sen. Chris Murphy, D-Conn., said in a tweet that Biden’s willingness to assign blame stood in contrast to the Trump administration and brought much-needed accountability. “The coverup is over,” Murphy tweeted. “Thanks to President Biden, we now know the full extent of Saudi Arabia’s role in the murder of Jamal Khashoggi. The new Khashoggi policy is a strong start in resetting our relationship with Saudi Arabia and renewing America’s leadership on human rights.”

Sen. Ron Wyden, D-Ore., a member of the Senate Intelligence Committee, praised the report but said that more information should be released about the killing. “There’s no question in my mind there is considerably more to declassify here.”

Agnès Callamard, the United Nations special rapporteur on extrajudicial executions who led a U.N. inquiry into Khashoggi’s death, said in a statement Friday that “the United States government should impose sanctions against the Crown Prince, as it has done for the other perpetrators — targeting his personal assets but also his international engagements. Banishing those responsible for ordering the execution of Jamal Khashoggi from the international stage is an important step towards justice and key to sending the strongest message possible to would-be perpetrators the world over.”

Why You Should Care About the Extradition of Julian Assange

U.S. Border Agency Says It’s Not Singling Out Iranians. This Family Waited 11 Hours and Was Asked About Iranian Heritage.