Joe Biden still carries his support for Israel as though it was a badge of honor. Reading through his campaign’s website,… 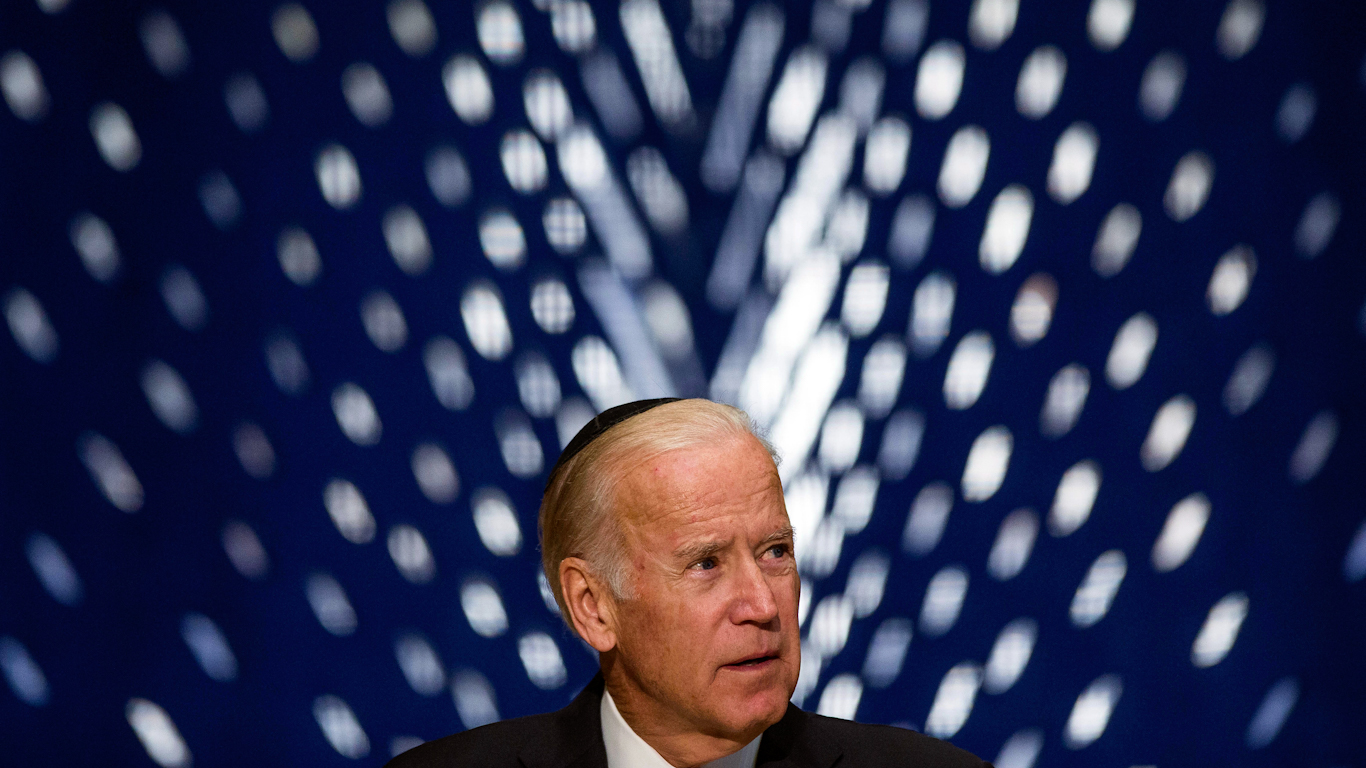 Joe Biden still carries his support for Israel as though it was a badge of honor. Reading through his campaign’s website, one wonders if the leader of the Democratic Party is in touch with the rest of the country, not to mention the rest of the world. We are fast approaching a world where support for Israel is viewed as shameful. Being recognized as a supporter of the violent, apartheid regime known as Israel, should no longer be a source of pride, but rather seen as an accusation. “Israel Supporter” is synonymous with narrow-minded politicians who stick to the archaic notions of legitimizing and supporting the so-called “Jewish State.”

Under the title of “Joe Biden’s record of unstinting support for Israel,” Bide’s campaign website features a list of policies and actions that represent his, “stalwart support for Israel.” Other statements that can be found regarding this issue on the site include, “Vice President Joe Biden has consistently made solidarity with Israel.”

He made what with Israel? How does one make solidarity with another country?

The site goes on to say that, “As President, Joe Biden will continue to ensure that the Jewish State, the Jewish people, and Jewish values have the unbreakable support of the United States.”

Is there anyone in the Democratic Party who can explain what this sentence means?

For starters, the so-called “Jewish State” is not Jewish and hard as Israel may try to hide it, being “Jewish” is not a nationality but a religion. Most Jewish people live in other countries and the majority of the people who are governed by the State of Israel are not Jewish but Palestinian Muslims. Under the Israeli apartheid system Jewish people do enjoy privileges that others do not, so one could say it is a state that provides privilege to Jewish people at the expense of others. That hardly qualifies it as a “Jewish State.”

This reminds me of the Israeli police officer who questioned me after the Israeli authorities learned of my visit to Iran. The questioning began with:

“Have you visited any hostile Arab countries lately?” When I replied “no,” the officer angrily asked, “Don’t you consider Iran to be a hostile Arab country?” Again I replied, “no.” Can it be that both the Israeli authorities and the Dems don’t know where Iran is located geographically? It is neither Arab nor is it in the Middle East.

When it comes to Israel, the DNC platform is full of contradictions. Following Biden’s personal commitment to Israel, the platform says, “Our commitment to Israel’s security, its qualitative military edge, its right to defend itself, and the 2016 Memorandum of Understanding is ironclad.” The “Memorandum” is the foreign aid agreement signed in 2016 which promises Israel an unprecedented $ 38 billion over ten years.

The platform then goes on to say, “Democrats recognize the worth of every Israeli and every Palestinian.” As the past one hundred years in Palestine have shown, support for Israel comes at the expense of Palestinian lives. No one can honestly care for the lives of Palestinians and support Israel’s “qualitative military edge.” It is that very military that is used by Israel to kill Palestinians. The Israeli military is part of a larger “security” apparatus that is devoted to the oppression of the Palestinian people and the protection of the apartheid regime.

What is perhaps the most foolish statement made in the platform, and the one the Dems will likely come to regret more than anything is the following: “We oppose any effort to unfairly single out and delegitimize Israel, including at the United Nations or through the Boycott, Divestment, and Sanctions Movement.” Opposing the Palestinian call for boycott, divestment, and sanctions against the State of Israel is a mistake of historic proportions.

The argument made by those who feel that progressives should vote for the Biden-Harris ticket is that they are “pushable.” In other words, if activists on the ground and within the Democratic Party work to bring about change from within, Joe Biden as president will listen. This argument makes the claim that while Biden’s record is clear, and while his entire career demonstrates he always supported crimes committed against Palestinians, as president, if pressured he may change.

Before every election, Americans are told that they face a tough choice. Before every election, Americans are told that the stakes are high, that the results will be close, and that they need to vote wisely. It may well be that this time it is more true than ever. Particularly for progressives, the choice between a far-Right neo-fascist and a middle of the road uninspiring centrist career politician isn’t easy.

Good luck to us all!

Sky News and the Western Press Have Once Again Failed Syria

Podcast: The Beirut Explosion, Economic Terror and the Drumbeat of War Against Hezbollah

Why Did Chuck Schumer Call an Islamophobe His “Principled” Friend?