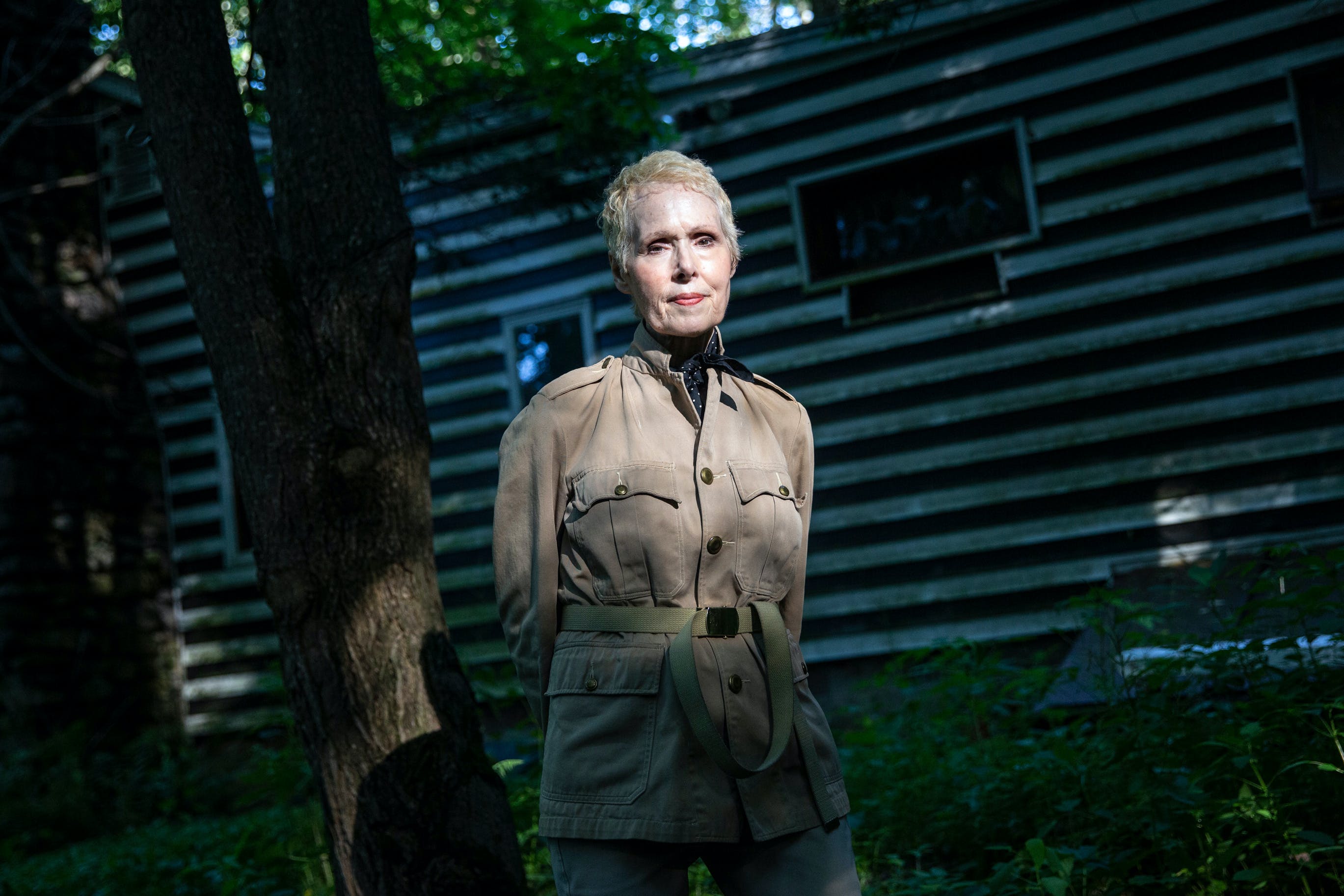 On Tuesday, the Department of Justice moved to replace President Donald Trump’s private legal team to defend the accused rapist in a defamation suit brought by author E. Jean Carroll. Last year, Carroll credibly accused Trump of raping her in a Manhattan department store in the mid-1990s.

In a predictably putrid response, Trump denied the assault, claimed (falsely) to have never met Carroll and — as grounds for why he could not have raped her — said that she wasn’t his “type.” These comments spurred the defamation suit, in which the Justice Department has now attempted to intervene.

According to the Justice Department, government lawyers must take over Trump’s defense because he made the allegedly defamatory comments while “acting within the scope of his office as President of the United States.” That is, they state it was within the scope of official duties to lie about and insult a credible rape accuser. Public money will now underwrite Trump’s defense, and the intervention could move the case out of New York state court and into federal court.

The New York Times described the Justice Department’s intervention as “highly unusual”; CNN called it an “extraordinary move.” But it was not out of character for Attorney General William Barr’s Justice Department.

It feels redundant, at this point, to stress the unprecedented ways Barr has transformed the Justice Department into Trump’s private law firm. This latest, unambiguous obstruction of justice is yet another chilling affirmation of federal law enforcement’s unwavering loyalty to the president and willingness to decimate all who would challenge his path to reelection.

The move was not, in fact, out of character for Attorney General William Barr’s Justice Department.

Neither is Barr’s intervention without historic precedent: Within past frameworks of fascist-state regimes, such moves are not, in fact, extraordinary or unusual.

Carroll responded on Twitter to the Justice Department’s motion. She noted that it came at the moment in her civil case when the president was “required to produce documents and DNA in discovery.” The author’s lawyers requested that Trump provide a DNA sample to compare to that of a semen stain on the dress she says she wore on the day of the assault.

“Trump’s effort to wield the power of the U.S. government to evade responsibility for his private misconduct is without precedent,” Carroll’s lawyer, Roberta Kaplan, said in a statement, “and shows even more starkly how far he is willing to go to prevent the truth from coming out.”

The Justice Department’s move, if successful, could put an end to Carroll’s case entirely. As University of Texas law professor Steve Vladeck noted on Twitter, the “argument that Trump was acting ‘within the scope of his employment’ when he defamed E. Jean Carroll is not an effort to take over defense of the suit; it’s an effort to have the suit dismissed—because the government itself can’t be sued for defamation.”

The motion to move the lawsuit from state to federal court comes one month after Trump unsuccessfully attempted to have the case delayed in New York State Supreme Court. The judge rejected his bid and stressed that the president does not enjoy immunity from state criminal investigations. At the very least, the Justice Department’s legal maneuver will now see the case delayed, avoiding potentially damaging revelations about the abusive, misogynistic president prior to the November election. Although, to be sure, claims and evidence of past sexual assaults by both Trump and his opponent Joe Biden have done little to hinder their campaigns in the past.

The attorney general has again and again proven himself willing to deploy the U.S. law enforcement apparatus in service of every aspect of the Trumpian agenda. From the undermining of the federal probe into Russian election interference; to the paranoiac demonizing and criminalization of anti-racist, anti-fascist movements; to anti-immigration extremism; to the refusal to condemn and focus on deadly white supremacist organizations; to casting baseless doubt on voting by mail — the list goes on.

Now the Justice Department is in effect asserting that, if this president rapes and lies about you, it is also the state that has raped and lied about you. And there is an intolerable truth in that.

Should Israeli Settlers be Considered Civilians?