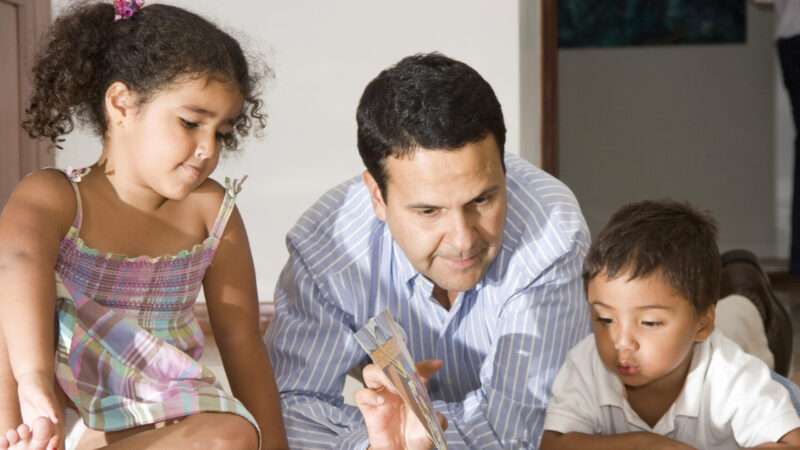 The ink had barely dried on the American Rescue Plan Act signed into law by President Joe Biden before calls began to make permanent the expanded child tax credit that the law provides as a one-year emergency measure for 2021.

“Democratic leaders are banking on some of the aid provisions being so popular that letting them expire would be a political nightmare, painful enough for Americans that even Republicans couldn’t stand in the way. At the top of the list is making permanent the expanded child tax credit,” Politico reported.

It cited a press release from Rep. Rosa DeLauro (D–Conn.) who even before the COVID-19 stimulus passed was insisting, “Children and families must be able to count on this benefit long after the end of this pandemic.”

Gerson reasons that the refundable tax credit of $ 3,600 or $ 3,000 “will be the functional equivalent of a school voucher—money they can use at any private or religious school. This is the fulfillment by liberals of a conservative policy dream.”

The politics of this are indeed perilous for potential opponents. Allowing the expanded refundable tax credit to expire as scheduled after a year will be described as “plunging 4.1 million children into poverty” or “cutting $ 1 trillion in funding for poor children.”

But the politics of a $ 1 trillion (over 10 years) increase in no-strings-attached welfare spending aren’t exactly so easy for advocates, either.

Two comparison cases can provide some useful context. Jonathan Tepperman’s 2016 book The Fix describes the “Bolsa Família,” or family grant, that was a signature initiative of Brazilian president Luiz Inácio Lula da Silva. When the program launched in 2003, Tepperman writes, “most experts and international organizations still considered the idea of simply handing money straight to the poor to be dangerously wrongheaded. It just felt wrong, on an intuitive level.” Tepperman writes that people assumed the poor would “just blow the money on booze, cigarettes” or jewelry.

Lula told Tepperman that a key to winning political support for the program was requiring beneficiaries to commit to positive behaviors. “The idea was to show that we are not giving away money for free,” Lula said.

Participants had to get regular medical checkups for themselves and their families, and make sure their children between ages 6 and 15 attended school at least 85 percent of the time. Pregnant women had to get prenatal care. And the rules were enforced; in 2006, by Tepperman’s account, the Brazilian ministry of social development cut off payments to half a million recipients who had failed to hold up their ends of the bargain.

In New York City, a randomized controlled trial tested the effect of paying 600 families cash rewards for behavior such as getting medical checkups, attending school, getting good grades in school, or working full time. A study of the “Family Rewards 2.0” program found it “met its short-term goals of increasing income and reducing poverty, for all families and across a range of family types. The program also increased dental visits and adults’ self-reported health status, particularly for those in poorer health at study entry. However, the program led to reductions in work and earnings for some participants. Moreover, the model did not affect students’ progress in school.” In addition, the program was costly to administer—for every dollar in rewards to families, a dollar and seven cents were spent on consultants, staff salaries, and partner organizations.

Whether poverty can be cured by government handouts or whether it is a problem of bad habits is a long-running controversy. Will the recipients of the $ 3,600 “Joe Dole,” as welfare reform advocate Mickey Kaus dubs it after Biden, spend it on Catholic school tuition, or on cigarettes and lottery tickets?

A test of a no-strings-attached $ 500 a month payment to 125 adults in Stockton, California during 12 months in 2019 and 2020 found “less than 1 percent of the tracked purchases were for tobacco and alcohol.” Education spending also tracked at about that same level—a monthly average of 0.83 percent.

The record of the old Aid to Families With Dependent Children program is contested but eventually was clear enough to the voting public that a Democrat, Bill Clinton, got elected president in a significant measure on the basis of a promise to end welfare as we know it.

The prudent move now would be to test the refundable expanded child tax credit in a state or a city, or empirically evaluate the nationwide results after one year, before making a trillion-dollar 10-year or “permanent” commitment. Maybe one place could try it no-strings, and another place could try it with conditions attached, and the results can be compared. No one wants to be excessively paternalistic. If “free money” makes the poor children better off, great. But if it just subsidizes bad parental habits and doesn’t improve outcomes for children, skip it. These aren’t deep philosophical questions. They are empirical ones.