An explosion targeting a tourist bus has injured at least 16 people near the Grand Egyptian Museum, next to the… 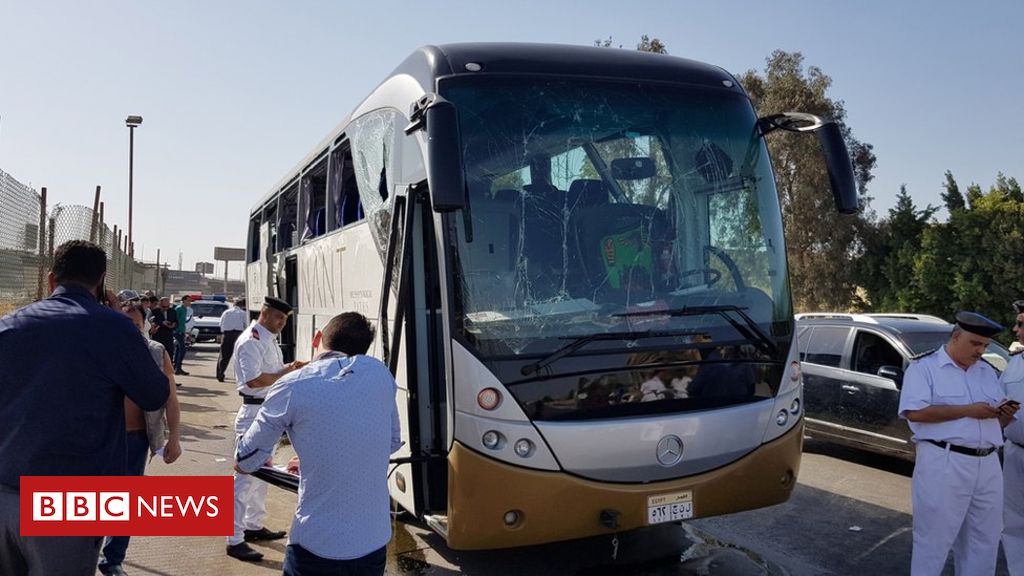 An explosion targeting a tourist bus has injured at least 16 people near the Grand Egyptian Museum, next to the pyramids in Giza, security sources say.

Many of those hurt by the blast are said to be South African tourists, and they suffered injuries of medium to minor seriousness.

A device went off close to the museum fence as the bus was passing.

It is not yet known who was behind the bombing but Islamist militants have attacked tourists in Egypt in the past.

In December, three Vietnamese tourists and a local tour guide were killed after a roadside bomb hit their bus.

What do we know about the blast?

A witness, Mohamed el-Mandouh, told Reuters news agency he had heard a “very loud explosion” while sitting in traffic near the site of the blast.

Images taken at the scene after police cordoned the bus show a vehicle with windows blown out or shattered, and glass littering the aisle inside.

A private car is also believed to have been damaged.

According to state-run broadcaster Nile News TV, the bus was carrying 25 South African tourists and a security source confirmed for Reuters that South Africans had been aboard.

How important is foreign tourism to Egypt?

Tourism is a mainstay of Egypt’s economy with hotel workers, tourist guides, taxi drivers and stallholders in the souks and bazaars depending on it for their living.

The industry has been recovering since a sharp drop in visitor numbers after the turmoil of the Arab Spring in 2011 and the bombing of a Russian passenger jet in 2015, when 224 people were killed.

The Grand Egyptian Museum is still under construction and is expected to open fully to the public in 2020.

Are you in the area? If it is safe to do so share your experiences by emailing haveyoursay@bbc.co.uk.