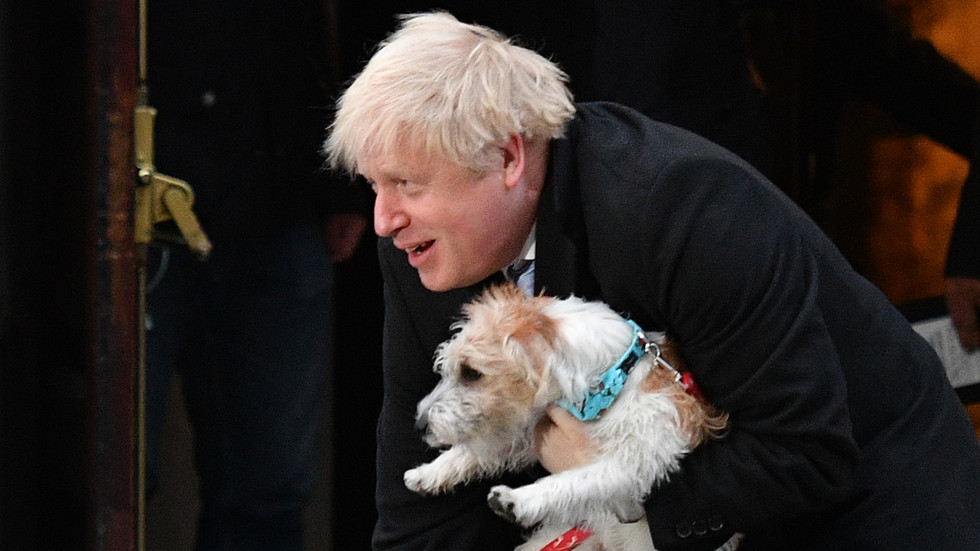 Boris Johnson’s dog became the star of the show in a hilarious video that saw the UK prime minister win a ‘Parliamentarian of the Year’ award, triggering both his supporters and detractors on social media.

The Spectator awards event in London on Wednesday night saw Johnson accepting the award via his dog, Dilyn, in a pre-recorded video, much to the amusement of assembled guests. Johnson apologized for not being able to accept his ‘Parliamentarian of the Year’ accolade, and said he had “found someone that could accept it on his behalf.”

The PM’s canine friend was then seen barking enthusiastically before tearing into a copy of the Spectator magazine.

Perhaps, unsurprisingly, many people on Twitter didn’t seem to see the funny side of Johnson’s video, but were rather angered that he had received such an award. One person ostensibly found the adulation all too much to stomach, tweeting: “I can feel the nauseating sycophancy oozing through my screen.”

However, Johnson did receive a lot of praise for his good humored response to winning the award from those insisting that it was “very well deserved.”

Other winners included Priti Patel who won ‘Comeback of the year,’ former House of Commons Speaker John Bercow picked up the ‘Insurgent of the year’ award, and Brexit Party leader Nigel Farage was named ‘Disruptor of the decade.’

Also on rt.com BoJo & Sadiq Khan take their pooches to the voting booths on election day, as #DogsAtPollingStations trends