Recovering from his own bout with the coronavirus, UK Prime Minister Boris Johnson has said Britain is “past the peak”… 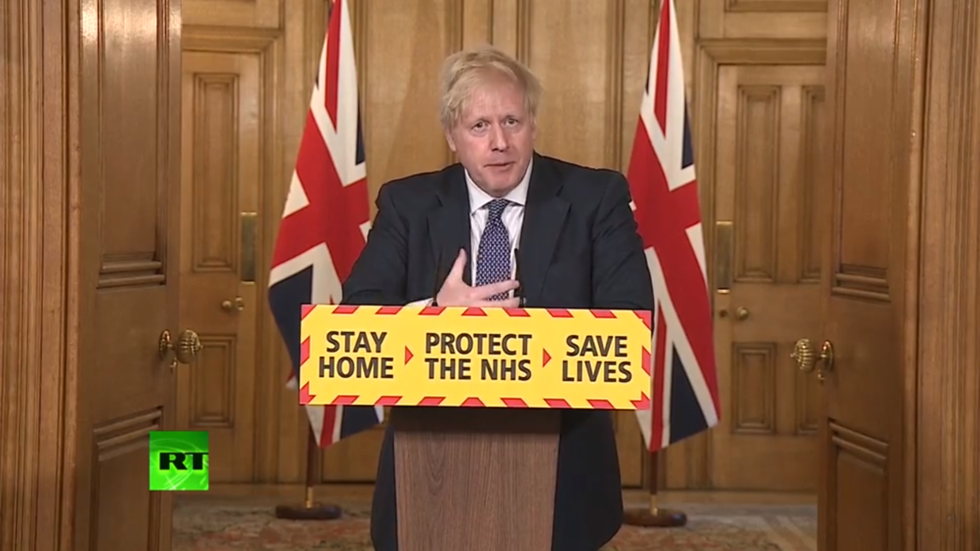 Recovering from his own bout with the coronavirus, UK Prime Minister Boris Johnson has said Britain is “past the peak” in its battle with the virus. The PM added that he will set out a plan to ease lockdown measures next week.

Addressing the nation on Thursday, Johnson announced that the UK’s coronavirus death toll has risen by 674 to just under 27,000, the third-highest in the world. Despite this grim count, Johnson declared that the UK is “past the peak and on the downward slope” in the fight against the deadly virus.

The UK, he said, avoided an “uncontrolled and catastrophic” epidemic that could have claimed half a million lives.

The PM praised the “resolve and ingenuity” of the British public in dealing with the outbreak, even though he himself was criticized extensively for locking down his country relatively late, compared to his European neighbors. Blasted in the press for not taking the threat seriously in March, Johnson fell ill with Covid-19 that month, with his condition deteriorating to the point where he was in intensive care three weeks ago.

Also on rt.com UK set to miss Covid-19 testing target as its death toll jumps to second in Europe

Johnson has since recovered and returned to work, and said on Thursday that the British economy would soon reopen for business too. The Prime Minister did not provide an exact timeline, but said that he would publish a comprehensive plan next week regarding schools and businesses.

However, reopening the economy hinges on preventing a second spike in infections, he noted.

There are five tests that must be met before social distancing measures can be adjusted.One of these is the rate of infection, or R.Keeping the R down will be vital to our recovery, and we can only do it with discipline and by working together. #StayHomeSaveLivespic.twitter.com/Z10K0Yp90m

Daily new cases of Covid-19 in the UK have fallen steadily for almost a week. New deaths, however, have fluctuated wildly, doubling day to day last week. Worldwide, more than 3.2 million people have been infected, with more than 230,000 passing away.