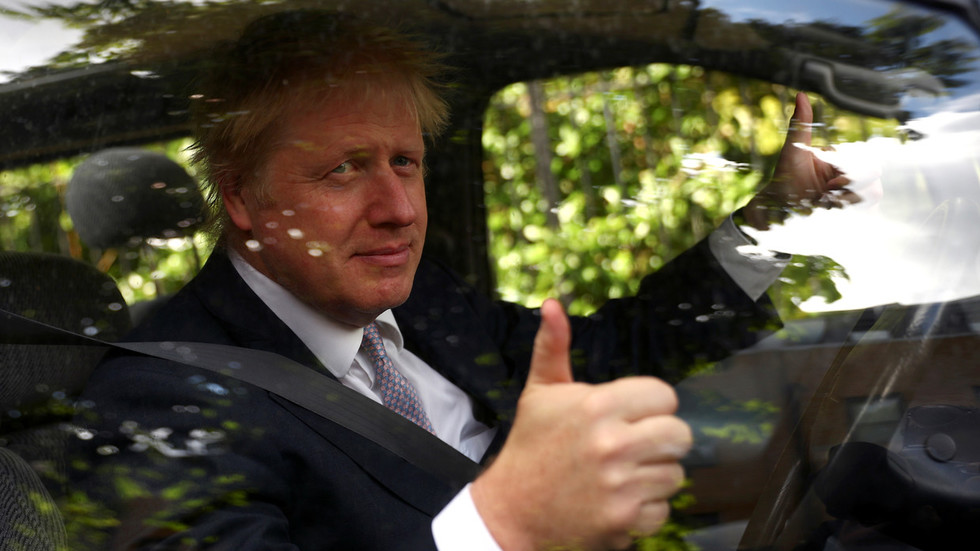 Former Foreign Secretary Boris Johnson has blown away the competition in the first round of voting to decide the next Tory leader and UK PM, all but guaranteeing his place in the final round, after receiving 114 votes from MPs.

Johnson, the hotly-tipped favorite to succeed Theresa May, was expected to come out on top in the first round, but it’s the huge margin of victory that will worry his opponents. He received 71 more backers than his nearest rival – the current Foreign Secretary Jeremy Hunt (43) – and 77 more votes than the Environment Secretary Michael Gove (37).

Former Leader of the House Andrea Leadsom, Mark Harper and Esther McVey are out, having failed to secure the 17 votes needed to progress to the next set of ballots, scheduled to take place next week.

Rank outsider Rory Stewart, who has caught the imagination of the liberal commentariat with his inclusive speeches staged in public spaces, scraped through with 19 votes. Stewart received a boost before Tory MPs cast their votes, after Conservative Home – the Tory grassroots website – revealed that he was now members’ second favorite for the top job.

At his campaign launch in London on Wednesday, Johnson faced a grilling from the assembled media about his past offensive remarks and diplomatic gaffes. He admitted that sometimes “plaster comes off the ceiling” with the phraseology he uses, but claimed the public feels frustrated at the “muffling and veiling” language many politicians use.