A former Congolese rebel leader has been sentenced to 30 years for war crimes and crimes against humanity. Bosco Ntaganda,… 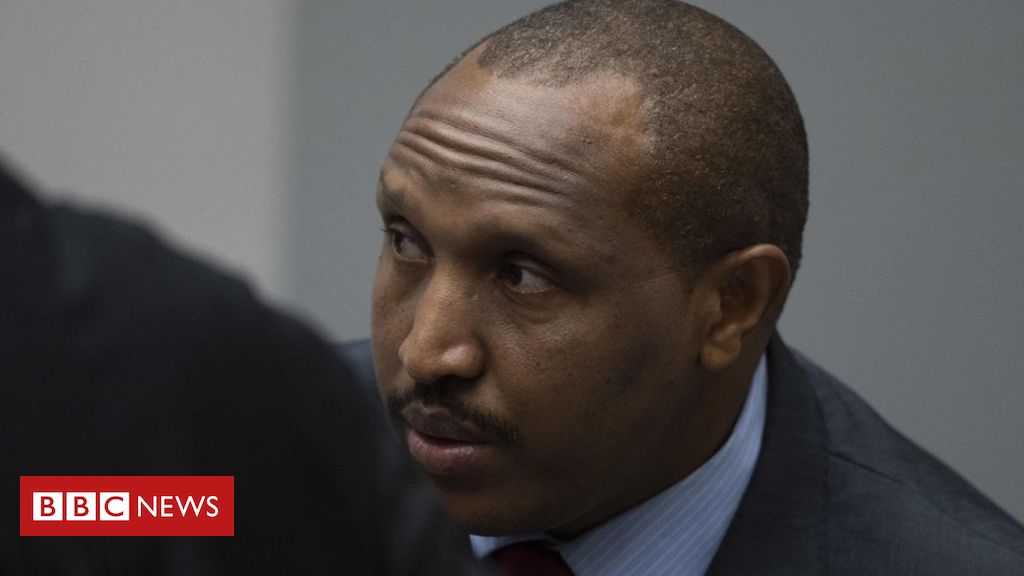 A former Congolese rebel leader has been sentenced to 30 years for war crimes and crimes against humanity.

Judges at the International Criminal Court (ICC) found in July that fighters loyal to Ntaganda had carried out gruesome massacres of civilians.

The sentence is the longest the ICC has handed down.

This story contains details some readers might find disturbing

As Ntaganda listened intently, judge Robert Fremr ran through an extensive list of atrocities carried out by Ntaganda’s men, including rape and sexually enslavement of young children. Judge Fremr highlighted the case of a 13-year-old rape victim who underwent years of surgery and developed a long-lasting fear that caused her to drop out of school.

He told the defendant there were no real mitigating circumstance in his case, but said his crimes, “despite their gravity and his degree of culpability”, did not merit a life sentence. Ntaganda has already appealed against his conviction.

Ntaganda was the first person to be convicted of sexual slavery by the ICC and overall the fourth person the court has convicted since its creation in 2002. The Rwanda-born 46-year-old former rebel was involved in numerous armed conflicts in both Rwanda and the Democratic Republic of Congo. He surrendered at the US embassy in Rwanda in 2013.

Analysts said it was an act of self-preservation, motivated by the danger he was in after losing a power-struggle within his M23 rebel group.

The scene in court

Anna Holligan at the Hague

Once famous for his pencil moustache and penchant for cowboy hats, Bosco Ntaganda, in a red tie and dark suit, appeared a picture of calm conformity in court as the harrowing evidence against him was read out.

The public gallery was packed – not with friends, family and supporters, but students, journalists and human rights groups keen to witness Ntaganda go down in history as the first person to be convicted by the ICC of sexual crimes. It was something of a victory for the victims, particularly the women, that the court recognised gender violence and acknowledged rape as a weapon of war.

Ntaganda was also the first suspect to voluntarily surrender to the court, but judges were not convinced he’d done the honourable thing. They believed he had flip-flopped between sides – fighting for the rebels, then the state army – and that when his luck in Congo was running out he surrendered to the Hague as simply an act of self-preservation.

Next is the issue of reparations and how much compensation the ICC should award the survivors, many of whom risked their lives to testify and reveal Ntaganda’s true face.

Who is Bosco Ntaganda?

What did he do?

In July, a three-judge bench found Ntaganda guilty on all 18 counts of war crimes and crimes against humanity committed in the mineral-rich north-eastern region of Ituri between 2002 and 2003.

Ntaganda was a “key leader” who gave orders to “target and kill civilians”, Judge Fremr said in the ruling.

Prosecutors had said Ntaganda was key in planning and running operations for the Union of Congolese Patriots (UCP) rebels and its military wing, the Patriotic Forces for the Liberation of Congo (FPLC).

The armed group conducted attacks against people perceived not to belong to the Hema ethnic group, the ICC found. In one attack, fighters killed 49 captured people in a banana field behind a village using “sticks and batons as well as knives and machetes”.

Violence in the region has killed more than 60,000 people since 1999 as militias battle each other for control of scarce mineral resources, rights groups say.

The judges ruled that Ntaganda had personally killed a Catholic priest while the fighters he commanded ran rampage in the region.

The crimes took place when Ntaganda served as the deputy chief of general staff to UCP leader Thomas Lubanga. In 2012 Lubanga became the first person to be convicted by the ICC and was sentenced to 14 years.

All of those convicted so far by the ICC are from Africa. A fifth person, Jean-Pierre Bemba, the former vice-president of DR Congo, was initially found guilty of war crimes before being cleared on appeal last year.

Ntaganda fought under the command of Rwanda’s current president, Paul Kagame, when Mr Kagame was leader of the Rwanda Patriotic Front (RPF) fighting to end the 1994 genocide against his ethnic group, the Tutsi.

After Rwanda’s unrest spilled over into neighbouring DR Congo, Ntaganda flipped between fighting rebellions and serving in national armies – both Rwandan and Congolese.

In 2012, he became the founding member of the M23 rebel group after he defected with hundreds of soldiers from the Congolese national army. His fighters later took over DR Congo’s eastern city of Goma before agreeing to withdraw. At least 800,000 people reportedly fled their homes.

The M23 rebel group was eventually defeated by Congolese government forces in 2013.