Several people in the Hull area have made verbal statements to the effect that, back in 1976, they witnessed a… 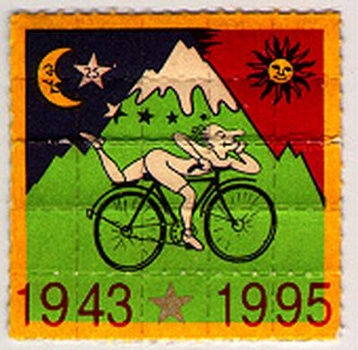 Several people in the Hull area have made verbal statements to the effect that, back in 1976, they witnessed a schoolboy sniffing a bicycle seat.

The incident happened at Sydney Smith High School, Anlaby, near Hull, and was seen by numerous 'friends' of the perpetrator, one Moys Kenwood, 13, who was a pupil at the school.

The owner of the bicycle in question – a girl – remained blissfully unaware of the outrage.

The 'friends' sat around a table in a pub on Sunday, discussing this and other minor misdemeanors, chuckling as they did.

Bicycle seat sniffing was a regular pastime at the school during the 1970s, and was not the frowned-upon kind of depraved act it is considered today. The smell of the seats was known as 'saddlescent'.

Hordes of boys would descend upon the bicycle sheds at breaktime and dinnertime, and go about their dirty business with relish, until a teacher would spot them, and send them on their way.