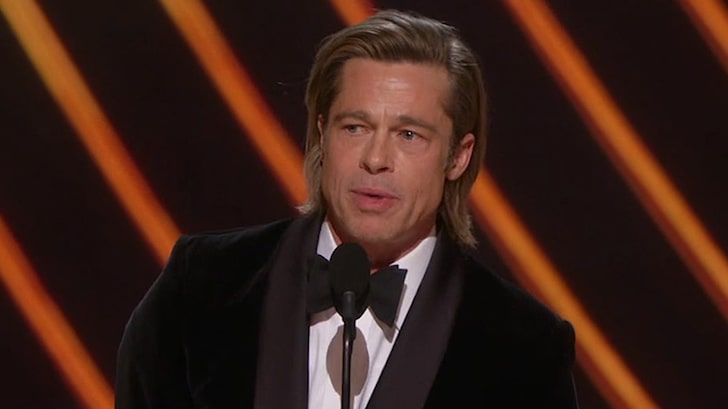 Brad Pitt just won his first acting Oscar ever, and his acceptance speech — not to mention the trajectory of his life — has truly proven good guys win in the end.

BP was named Sunday as the Best Supporting Actor for his role in “Once Upon a Time in Hollywood.” When he took the mic … he touched on politics, his kids and Hollywood in general, making sure to acknowledge the little people — like stunt men and women.

BTW, Brad plays a stuntman in Quentin Tarantino‘s flick. So good on him for the shout-out.

When it comes to politics, Brad cracked that he only had 45 seconds up there … which is 45 seconds more than the U.S. Senate gave to John Bolton to testify in Trump’s impeachment trial. Of course, DT was acquitted of wrongdoing last week. No witnesses testified.

He also made sure to mention his costar, Leonardo DiCaprio, in his speech … saying he’d be happy to ride his coattails to success anytime. Brad also dedicated the win to his kids … something he didn’t do during his big Globes win, but for good reason.

All in all though, the speech and the win is emblematic of the idea that, really, you can’t put a label on someone over a moment in time. Brad’s been through a lot over the past several years — including a divorce, getting sober and reclaiming his clout professionally.

With this, he’s managed to conquer all three … and couldn’t look better doing it. Congrats, bud. You’ve come a long way!