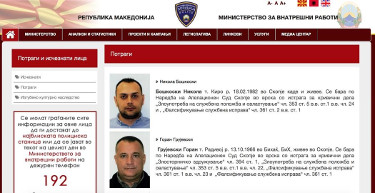 The 27-year old naming dispute between Athens and Skopje that had prevented Macedonia from joining NATO until now is supposed to have been settled after an agreement that was signed last month in Prespes between the prime ministers of Greece and newly named North Macedonia. The move was not exactly welcomed from the people of the two countries, especially in Greece. In fact, at the same time, police were clashing with Greek protesters who were trying to reach the meeting and prevent the ceremony.

But behind the smoke of this so called ‘historic agreement’, another story was running down in the court rooms of Athens, quietly, secretly, and with almost no publicity. A story that involves spies, intelligence agencies, huge corruption, blackmailing, with implications that question even the legitimacy of the Macedonian government and also explain why Greece changed its initial judgement about the case and silenced the story.

The author of this article obtained classified information from people inside the case, and is publishing them here for the first time.

‘While you were sleeping’

The story begins with Goran Gruevski and Nikola Boskoski. They are not two simple low level secret agents. Gruevski was the former head of the Counterintelligence department of the Macedonian Administration for Security and Counterintelligence (UBK), and Boskoski was his assistant. They were arrested last October in the airport of Thessaloniki, Greece, while trying to make their way to Budapest with fake Bulgarian passports. The two men were wanted by Interpol and by the Macedonian authorities for allegedly being involved in the wiretapping scandal that brought down the previous Macedonian government (Goran Gruevski has not any family relations to ex-PM Nikola Gruevski).

One would expect that this arrest would be a gift to Greek diplomacy in such a critical moment over the name dispute as Goran Gruevski knew many dirty secrets not only about the previous, but also about the current Macedonian government of Zoran Zaev. Instead, no Greek government official ever mentioned it. That could only happen if the Greek government was a sovereign state and could make its own decisions without pressure from foreign powers. Exactly because that is not the case, US rushed to congratulate Greek PM Alexis Tsipras right after the agreement which enables Macedonia’s accession to NATO, a longstanding demand of US foreign policy.

Also the very different stance of the Greek media is shown by the fact that contrary to this one, the similar case of the 8 Turkish officers that were also arrested in Greece was highlighted with the greatest publicity and promotion. Which means that this case was undermined intentionally, cause unlike with Turkey, the great powers want Greece and Macedonia to be ‘friends’ now, and the details of a case like that could ruin much.

The initial decision of the Court of Appeal of Thessaloniki in January 2018 was that the two secret agents must be extradited back to their country. They would be found guilty and put to jail, the cooperation of the two countries would be ‘excellent’, and everything would be ok. But something else happened on the way. 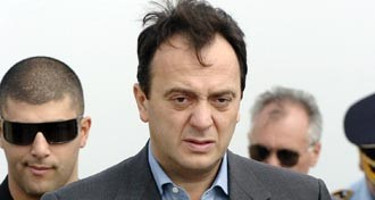 The documents sent by the Macedonian to the Greek authorities to prove that the two men were not innocent, were controlled by one man, Saso Mijalkov. Mijalkov was the No 1, the former Director of UBK, the Macedonian Intelligence Service, first cousin of ex-PM Nikola Gruevski and still one of the most powerful men in Macedonia. Strangely enough, he was never arrested in Macedonia for the same reasons although he was above the two men in hierarchy. According to the information published, ‘The court refused the detention request for Mijalkov, but eventually accepted the requests for his two associates, who then fled’… [READ MORE]