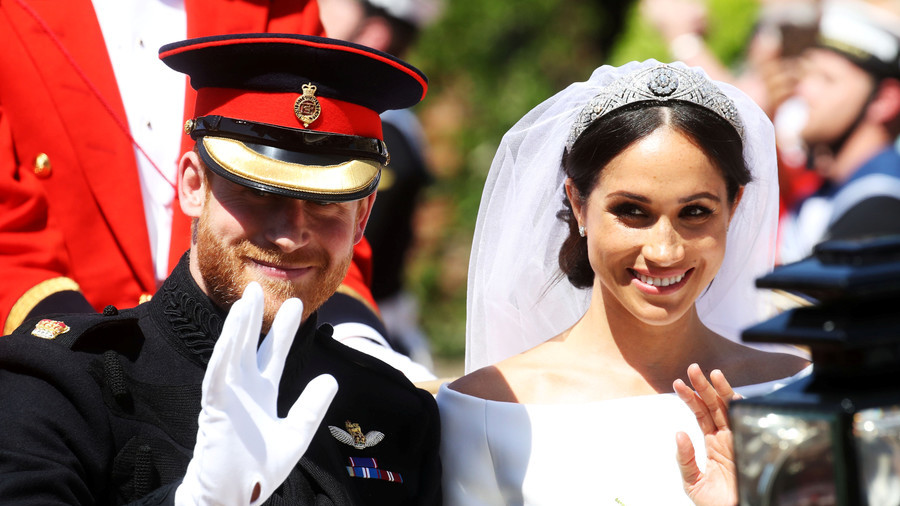 The manic frenzy with which Western media saw fit to report every minute detail of the royal wedding has sparked an outpouring of exasperation on social media, with many asking why they aren’t reporting on actual news.

As the marriage of Harry Windsor to Meghan Markle unfolded, news outlets bombarded their audiences with countless updates, tweets and alerts on everything from the designer of Markle’s dress, to Elton John kissing David Beckham, to James Cordon arriving at the church.

The saturation coverage unleashed a flood of agitation from the great unwashed, who took to Twitter to vent their frustration at the fact that they were being force-fed a celebration of the petrified leftovers of a bloody empire with a disgraceful history.

I feel like I'm being force-fed an unbearable amount of royal wedding propaganda bullshit.

WikiLeaks captured the frustrations of many when it tweeted: “There are approximately 5,000 media workers in London to cover UK establishment propaganda spectacle, the royal wedding. AP has joined the ranks of those being instrumentalized, describing a grandmother’s choice of alternate names for her grandson & his wife as breaking news.”

There are approximately 5,000 media workers in London to cover UK establishment propaganda spectacle, the royal wedding. AP has joined the ranks of those being instrumentalized, describing a grandmother's choice of alternate names for her grandson & his wife as breaking news. https://t.co/3edXE7sSL1

Numerous others pointed out all the important news stories that are being ignored because of the royal love-in.

One of my FB friends just posted this! #IAgree!

I'm fed up with people saying that a royal wedding is just what we need to lift our spirits. NO: what we need is a properly funded NHS, housing for the homeless, an end to 0 hours contracts, and an end to this ghastly government.

After the Royal Wedding Coverage @BBCNews and @SkyNews can never accuse @RTUKnews of being a "state propaganda outlet" ever again.

Away from the outrage over Britain’s bloody past and the media doing a poor job, the internet has also seen huge exasperation from people who are just plain fed up of all the coverage.

I’m convinced the vast majority of people attending or watching the Royal Wedding tomorrow will be Americans. They seem to care about it, whereas us Brits are fed up with it

I'm genuinely annoyed that I cannot go to any news site or online pub without being bombarded by paparazzi-styled six page articles on the next royal wedding. It's a wedding with rich people. Do we need to document literally everything about it? The coverage feels invasive af

I know it sounds bad, but I have no interest in the Royal Wedding whatsoever. I’m getting a bit fed up with the wall to wall coverage. I certainly won’t be watching it.