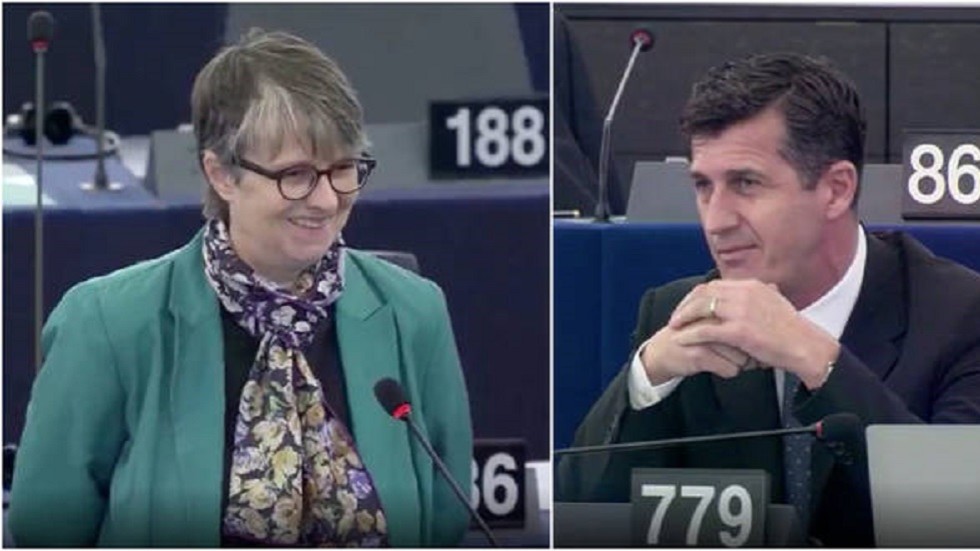 A Brexit Party MEP was left mightily embarrassed after his attempt to show up a Green politician and her lack of economic competence backfired – big time – after she tells him that she’s a professor of economics.

Robert Rowland, the Brexit Party’s MEP for the South East England, addressed a question on Brexit to Green Party MEP Molly Scott Cato in the European Parliament in Strasbourg on Tuesday.

Rowland asked Scott Cato, who represents South West England, why she was so sure a Canada+ style post-Brexit trade deal would leave the UK in financial jeopardy, because “as far as I’m aware she does not have any degree in economics.”

Rowland, no doubt thinking he had delivered a devastating blow to the 56 year-old Green politician, was quickly left disappointed with a comeback that left him giggling with embarrassment.

Obviously you haven’t been paying much attention to my CV because I was and I remain a professor of economics.

Scott Cato’s cool response triggered laughter from the rest of the chamber in parliament and a stinging comment from the chair, Mairead McGuinness who said: “I think Mr Rowland stands corrected.”

The comical incident instigated a plethora of amusing comments, memes and gifs on social media. “Mr Rowland, would you like some Aloe Vera for that burn” asked one person on Twitter.

Rowland is one of 26 Brexit Party MEPs elected to the European Parliament in May. The party is led by Nigel Farage who is now in the middle of a UK general election campaign ahead of Brits going to the polls on December 12.