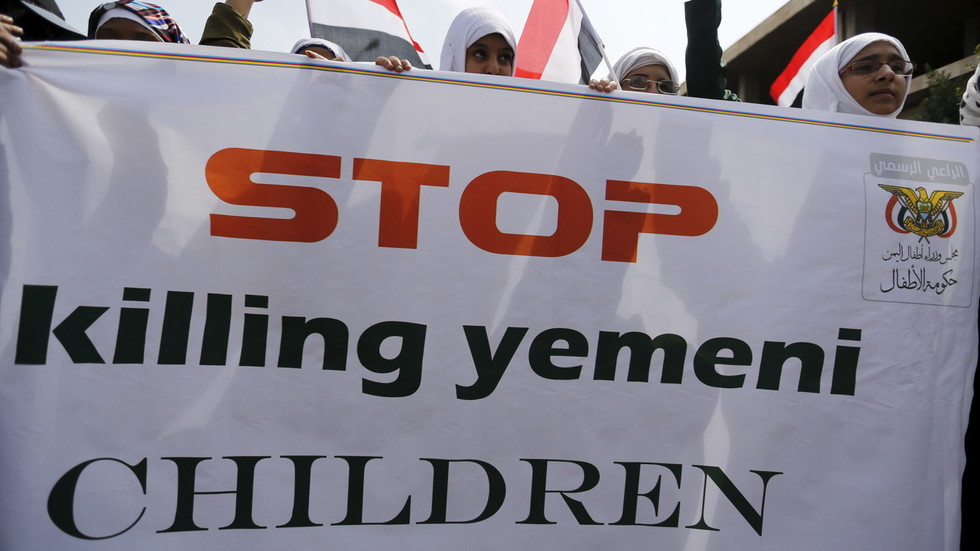 Armed Forces Minister Mark Lancaster was responding to a question in parliament from Labour MP Lloyd Russell-Moyle, on military personnel seconded to BAE Systems in Saudi Arabia, when he admitted that the RAF have provided engineering and “generic training” to the Saudi Air Force involved in the bombing of Yemen.

Lancaster insisted UK personnel were not involved in the loading of weapons for operational sorties, in response to Russell-Moyle’s claim that the “British support keeps Saudi’s air war going.”

Andrew Smith of Campaign Against the Arms Trade has branded the revelation “shocking but not surprising,” arguing that UK military personnel “should not be servicing Saudi jets or supporting the Saudi armed forces.”

It’s not just the UK that has been widely criticised for being party to the Saudi-led coalition’s bombardment of Yemen.

In December, the US Pentagon revealed that they were having to claw back $ 331 million of taxpayer-subsidized money gifted to Saudi Arabia and the UAE over a three-year period, when it ‘accidentally’ refueled their aircraft for free during their war on Yemen.

In November, Labour’s Shadow Foreign Secretary Emily Thornberry accused the UK government of having “blood on its hands” after admitting that the RAF had trained over a hundred Saudi pilots in the past ten years.

Coalition forces led by Saudi Arabia and the United Arab Emirates have relentlessly bombed Yemen since 2015 in an effort to oust the Houthi rebels controlling the capital city of Sanaa.

They have reportedly targeted hospitals and other civilian infrastructure, leading to a massive cholera outbreak, and upwards of 60,000 people are believed to have died in the conflict since 2016 – with a further 85,000 estimated dead from famine and malnutrition.

Half of Yemen’s population relies on food aid to survive, placing them in immediate danger of starving to death after coalition forces blockaded the port city of Hodeidah last year.