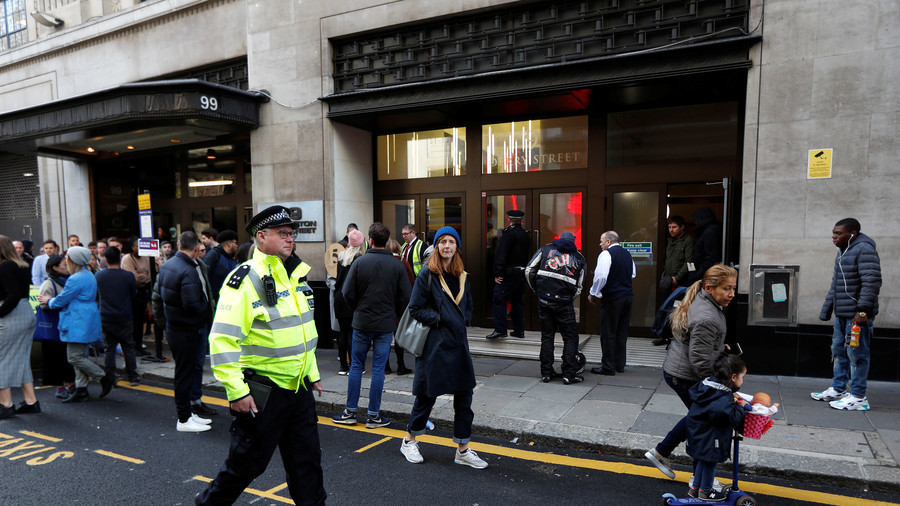 Two people have been injured and a man arrested following a reported knife fight between kitchen staff at Sony’s London HQ. Armed police were present at the scene and nearby buildings were evacuated.

The Mirror reported that the incident was a ‘brutal knife fight between kitchen staff.’ Eyewitnesses spoke of seeing ‘blood everywhere,’ after one kitchen worker stabbed another with a large knife during a fight, the paper reported.

A witness told The Independent, who’s offices are opposite the scene, that he heard a “commotion” at around 11am coming from the third-floor canteen.

“I saw two guys who appeared to be fighting,” he added. “One man was on the floor on his back and the other one was standing over him.

“I thought he was raining punches down but I realised a few moments later that he was holding a large kitchen knife.”

Scotland Yard released a statement confirming that two people have been injured, although their condition remains unclear. It added that “one person has been arrested.”

“No evidence of any firearms involved in this incident. It is not being treated as terror related,” it stated.

We are aware of an incident on Derry Street W8, police on scene including firearms officers and London Ambulance Service. At this time we believe two people are injured. Incident is on-going.

One social media user tweeted that they had seen “a man tackled to the ground.” Other eye-witnesses shared images on social media of the Sony HQ being evacuated and emergency services entering the building.

Just seen the Sony offices emptied. Workers running down the street. A man being tackled to the ground

Big cordon and a lot of police cars outside the Sony HQ on Derry St. – police say 2 injuries after a suspect entered with a weapon, unclear what the weapon is pic.twitter.com/GteB8NZGhp

The building is located beside London’s upmarket High Street Kensington, which would have been busy with shoppers and office workers at the time.

The crime scene is meters away from Kensington Palace, the residence of Prince William, Prince Harry and their wives, Kate Middleton and Meghan Markle.