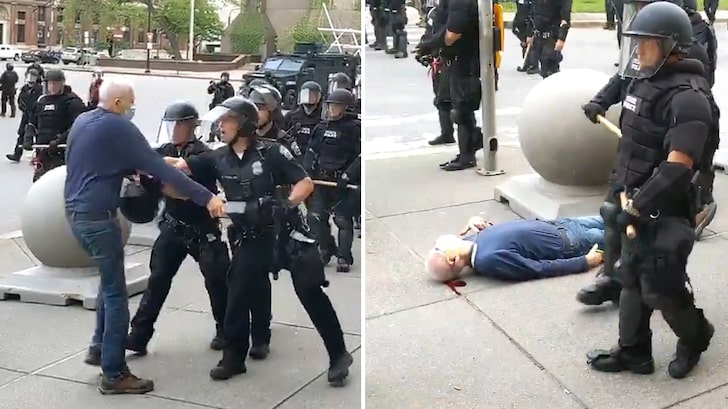 8:33 PM PT — The Mayor of Buffalo says he’s “deeply disturbed” by the video and says the elderly man is in stable but serious condition at the hospital.

7:51 PM PT — The Buffalo Police Commissioner just announced both officers in the incident have been suspended.

Some cops in Buffalo shoved an elderly man, who lost his balance, and hit his head on the concrete … laying motionless and bleeding from his ear.

Protesters filled Niagara Square Thursday night to protest the death of George Floyd and injustices in our legal system. Officers, dressed in heavy gear, started to move in on the crowd while the elderly man approached and started a non-physical confrontation with some of the cops.

An officer from the group shouts “Move!” at the man and then proceeded to push him, causing him to stumble back and fall over.

In the video, captured by WBFO’s Mike Desmond, you can see blood surround the man’s head almost immediately as he lay motionless … and officers call for a medic.

A rep for the Buffalo Police Department allegedly told a local reporter the man was injured when he “tripped and fell.” His condition is currently unknown. 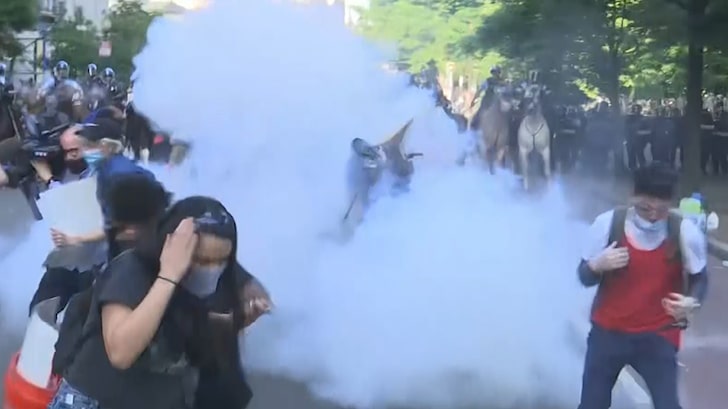 The protests of the last week have remained mostly peaceful until intervention. As we reported, President Trump fired rubber bullets and tear gas into peaceful protestors so he could make his way for a photo-op at a local church that had been damaged the night before.