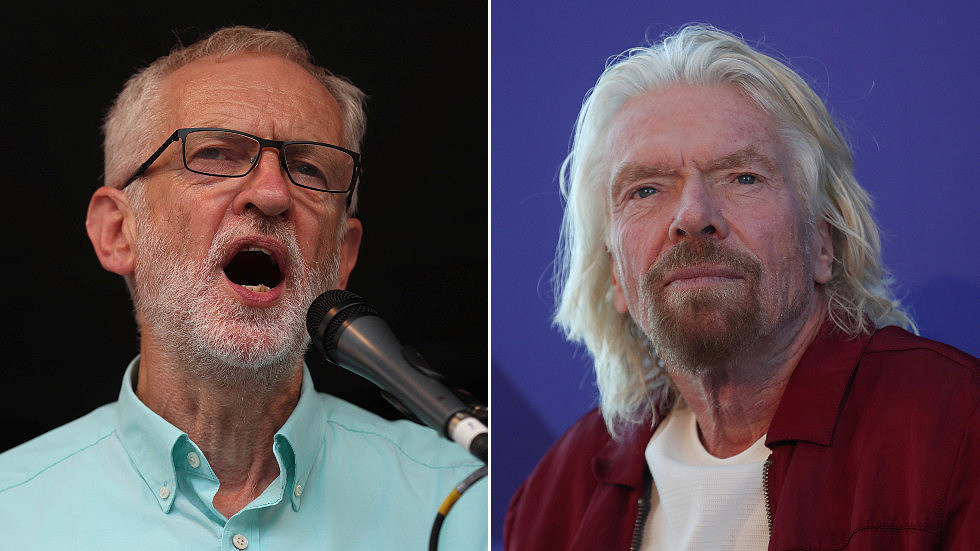 A tweet from Branson, accompanied by a lovely big grin from the British entrepreneur, insisted that what really brings him “happiness” is not “stuff,” but “family, friends and good health and the satisfaction that comes from making a positive difference.”

It prompted Corbyn to cheekily ask Branson on Tuesday via Twitter, that if that were genuinely true, then “Perhaps our NHS could have the money back from when you sued it?”

Corbyn was referring to the case of Branson’s Virgin Care group successfully suing the NHS in November 2017, after losing out on an £82m contract to provide children’s healthcare services in Surrey, England, pocketing £2m of public money in the process.

The Labour leader’s tweet which has gone viral, prompted many on social media to suggest Branson may need something for that serious “burn,” such as “300 gallons of Aloe Vera.”

“Hello? Virgin Care?
Yes, I’ll need 200…wait, make it 300 gallons of Aloe Vera to be delivered to Necker Island ASAP. Richard just got burn quite badly, and he’s going to need it..” pic.twitter.com/55Py1SAdUy

Others posted a number of amusing gifs and memes on Corbyn’s takedown of Branson’s ‘feel good’ tweet.

They did so for what they saw as “serious flaws in the procurement process” to secure a large contract to provide children’s medical services in Surrey. The contract was handed to in-house NHS providers and a social enterprise firm.