A burst water main flooded Philadelphia’s bustling Center City, sending torrents of water flowing through the streets and leaving behind… 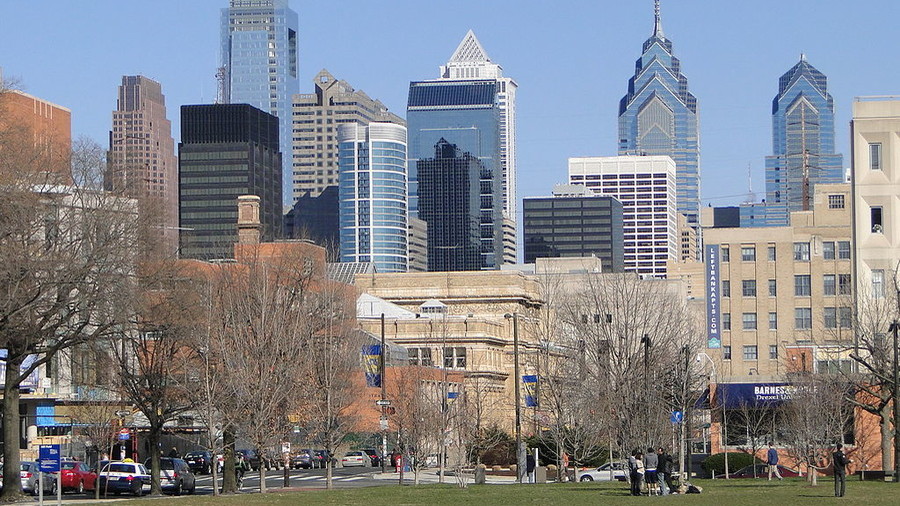 A burst water main flooded Philadelphia’s bustling Center City, sending torrents of water flowing through the streets and leaving behind churned up tarmac, mud and rubble.

The site of the break, Sansom and Juniper streets, is just three blocks from Philadelphia City Hall, and seven blocks from the Liberty Bell and Independence Hall, where the Declaration of Independence was signed in on the 4th of July, 1776. Both sites are popular tourist attractions.

The Philadelphia Water Department said that a 48-inch transmission main broke in the area of Sansom and Juniper around 4am on Tuesday. Crews battled to shut off the flow of water, finally closing the main at around 7.40 am.

Streets are beginning to dry out, but over 1,000 residents have been left without power, and homes and basements have been flooded. Philadelphia’s Center City is the nation’s second-most populous downtown area, with a population of 183,000 residents.

Water Department official John DiGiulio told ABC News that the city’s recent heatwave could be to blame for the break, as customers use more water than usual, stressing the main.