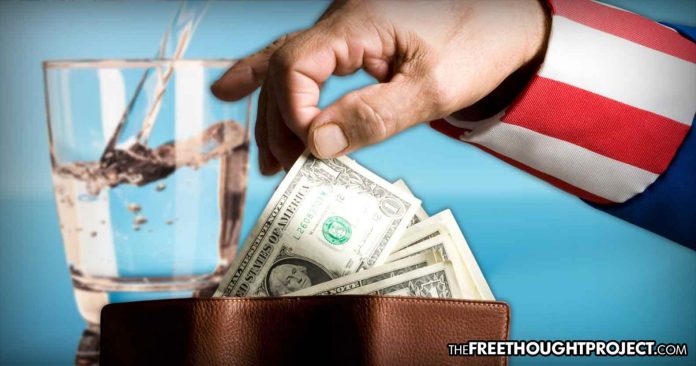 The “Environmental Protection” section of the 2019-2020 budget seeks to

establish a new special fund, with a dedicated funding source from new water, fertilizer, and dairy fees, to enable the State Water Resources Control Board to assist communities, particularly disadvantaged communities, in paying for the short-term and long-term costs of obtaining access to safe and affordable drinking water.

The Definition of Insanity

California’s drinking water quality is indeed poor. Communities throughout the state struggle with dangerous pollutants in their supply, but opponents of the suggested tax say there is no need to tax residents in order to solve the problem.

Jon Coupal of the Howard Jarvis Taxpayer Association has argued that the proposal is an example “of California’s knee-jerk reaction to default to a new tax whenever there’s a new problem,” the Sacramento Bee reported. (In another example, last year bureaucrats proposed a new tax on text messages that was ultimately shot down.) Coupal says there shouldn’t be new taxes for water system improvements when the state is sitting on a $ 14.2 billion surplus.

Similarly, the California Association of Water Agencies, a coalition of public water agencies throughout the state, has expressed opposition to the proposed tax, arguing that in light of the current surplus, a trust should be established to fund water clean-up efforts.  “The state should not tax something that is essential to life, such as water and food,” they said in a press release, adding that the costs of living in California are already too high and that another tax would make water less affordable.

In 2015, as part of the emergency drought funding, then-Governor Jerry Brown approved an additional $ 19 million in funding was allocated “to meet interim emergency drinking water needs for disadvantaged communities with a contaminated water supply or suffering from drought-related water outages or threatened emergencies,” according to the state water board.

California already has one of the largest tax burdens in the country. Its top tier income rate is the highest at 13.3 percent, as is its sales tax rate of 7.25 percent. In 2017, the state collected $ 82 billion in tax revenue—nearly $ 4 billion more than expected.

Nevertheless, Newsom is modeling his new tax proposal on a funding bill state lawmakers rejected last year. According to his budget, “This proposal is consistent with the policy framework of SB 623, introduced in the 2017-18 legislative session.”

That bill sought to tax both homes and businesses to raise money for water cleanup and would have been capped at 95 cents per month, but it died in the Senate. (A similar attempt to tax drinking water in the state of New Jersey also languished in that state’s legislature last year.)

It appears voters could be growing apprehensive toward new fees for drinking water considering they defeated Proposition 3 in last year’s election, which would have allocated $ 500 million in bond funding to help the state’s water suppliers meet safe drinking water standards.

Newsom’s push has received praise from environmental groups, but the Sacramento Bee reports that while the budget has an increased chance of passing since Democrats regained their supermajority in the legislature, some Democrats are hesitant to approve new taxes on drinking water.

Considering the hundreds of millions of dollars that have already been allocated to fix the water problem, it seems the bigger issue isn’t a lack of funding but an excess of bureaucracy and intervention.

Carey Wedler is a video blogger and Senior Editor for Anti-Media.

Lowest-Income Taxpayers Are the Most Likely To Be Audited