The State of California wants to tax text messages. And not just the messages that people send after the tax… 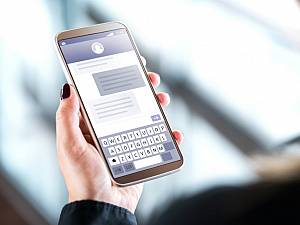 The State of California wants to tax text messages. And not just the messages that people send after the tax passes: The California Public Utilities Commission, which cooked up the proposal, wants the levy to apply to texts sent up to five years ago.

The concept of taxing cellphone and landline use isn’t actually new (see: all those surcharges at the bottom of your phone bill). But a fee specifically associated with text messages is.

The reasoning behind the new tax is relatively simple. The state’s Public Purpose Program (PPP) currently funds communication services for low-income earners as well as deaf and otherwise disabled residents. The budget for that program has risen from $ 670 million in 2011 to $ 998 million in 2017. Over that same period, the telecom revenue that’s subject to PPP surcharges has dropped from $ 16.5 billion to $ 11.3 billion. That’s not surprising: As Engadget explains, people simply don’t make as many phone calls as they used to.

The proposed fee wouldn’t be imposed on a per-message basis. Instead, it would be an added surcharge based on what kind of texting service a user pays for.

Some important details of the plan are unclear. “Does the sender pay? Does the receiver pay?” asks Jim Wunderman, president and CEO of a California business group called the Bay Area Council, in an interview with USA Today. “What if you move out of state but you keep the California number? What if you drive down to Reno, Nevada and get a phone? Can you avoid the charge then? These are all things that would be really hard to resolve.”

It’s unclear what the text tax’s impact would be on a per-customer basis. But the Bay Area Council, the California Chamber of Commerce, the Silicon Valley Leadership Group, and other business advocacy groups tell the San Jose Mercury News that it would cost consumers as a group roughly $ 44.5 million a year.

And not just future years. “Wireless carriers who have not reported and remitted surcharges on text messaging within the last five years shall identify the amount of intrastate surcharges owed on text messaging services and propose a payment plan in their advice letter filings,” the proposal states. In plain Engligh, that means the proposal would retroactively apply to the past five years. Taxpayers would be on the hook for roughly $ 220 million right off the bat.

The tax would not apply to internet messaging services such as Facebook Messenger, WhatsApp, and iMessage—platforms that many people use instead of traditional texting. That raises the question of unequal enforcement. “Subjecting wireless carriers’ text messaging traffic to surcharges that cannot be applied to the lion’s share of messaging traffic and messaging providers is illogical, anti-competitive, and harmful to consumers,” the CTIA, a telecommunications industry trade group, argues in a legal filing.

It’s not even a given that the California Public Utilities Commission has the legal right to do this. Thanks to a rule adopted by the Federal Communications Commission yesterday, text messages are now considered an “information service,” which the commission may not have the authority to tax. According to the CTIA’s legal filing:

The utilities commission will vote on the proposal on January 10.

Lowest-Income Taxpayers Are the Most Likely To Be Audited