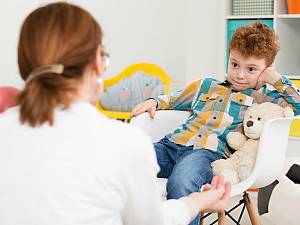 California Assemblyman Jim Cooper (D–Elk Grove) has introduced a bill that would impose a new excise tax of an unspecific amount on the sales of guns and ammunition, with the proceeds being deposited in a new School Gun Violence Prevention Fund. The money would pay for middle and junior high schools to hire counselors whose primary job is to stop would-be shooters before they strike. The tax would also fund grants to California’s high schools to pay for additional on-campus police officers.

Public middle and junior high schools would be required to hire the counselors.

“A lot of these kids have trouble, especially in the middle school and high school years, and we really want to target them,” Cooper tells a Sacramento-area NBC affiliate. “We are not banning guns or ammunition, but we would tax that. And to me that’s a small price to pay.”

Given that his bill does not specify how high the new tax will be, it’s a little premature to call it a small price. It’s also unclear what exactly the taxpayers would be buying.

Nickolas Cruz, the perpetrator of the Parkland shooting, received counselling services from a school therapist. In 2014 he reported to a counselor that he’d been having violent dreams about killing people. Health professionals evaluated him again in 2015 after he posted Snapchat videos in which he cut himself and announced his intention to buy a gun. Neither examination was enough to prevent the terrible shooting.

And ineffectiveness isn’t the only risk here. The counselors and police officers funded by the grants may prove overly aggressive in singling out students with potentially violent tendencies. School officials have a natural tendency after a crime like this to see potential threats or infractions everywhere, to the detriment of students’ civil liberties.

Gun owners have reacted negatively to Cooper’s proposed legislation, calling it unjust that they should have to bear the entire burden of funding new school safety measures.

Given the practical difficulties in Cooper’s bill and its lack of detail regarding tax rates, the assemblyman’s proposal looks more like political theatre than a real attempt to improve school safety. California politicians are not above this, particularly when it comes to guns. State treasurer (and gubernatorial candidate) John Chiang has suggested divesting the state’s pension fund from sporting goods store that sell firearms. Los Angeles City Councilman Mitch O’Farrell sponsored a resolution asking city staff to look into boycotting companies that do business with the NRA.

This anti-gun grandstanding may be good politics in much of California, but it is remarkably bad policy.