HEAVEN—Cambridge Analytica has some big wins under its belt—Brexit, the election of Uhuru Kenyatta in Kenya, and Donald Trump in… 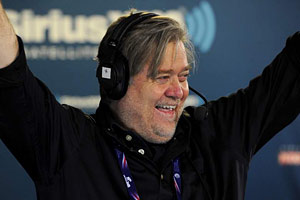 HEAVEN—Cambridge Analytica has some big wins under its belt—Brexit, the election of Uhuru Kenyatta in Kenya, and Donald Trump in the Confederate States of America, but the company pulled off one of its biggest sells just last week, when it rigged an election voting in Satan as the new CEO of Heaven, replacing Jesus.

Cambridge Analytica, using data it said it was borrowing from Facebook, managed to turn the orders of angels (who vote in the celestial CEO) against each other, as long-buried tribal hatreds were used to turn Seraphim against Principalities, and Cherubim against Archangels. In the ensuing confusion and chaos, Satan—who knows how to play that game—came out on top.

Bragged ex-CEO of Cambridge Analytica Alexander Nix, “Earth is too easy. Cambridge Analytica needs to expand its reach, go for the sky, so to speak. We’re looking into the elections of CEOs running the afterlives of the other monotheistic faiths. It’s a wide open market!”

According to CNN’s angelologist Harold Throne, God was surprised by the election results, saying he didn’t see it coming. God added, however, “I’ve worked with Satan in the past. You can call our work relations tense, respectful, and occasionally even joking.” Shaking his head and smiling to himself, God was heard to chuckle, “Job!”