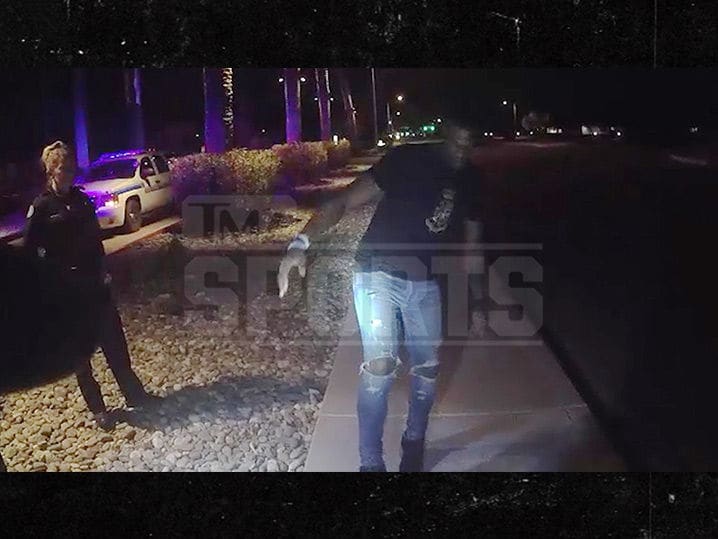 TMZ Sports has obtained police footage of Cameron Maybin‘s DUI arrest — which shows the Giants outfielder getting extremely emotional once he realizes he’s being arrested.

The San Francisco Giants player was pulled over around 2:25 AM on Friday morning in Scottsdale, Arizona after officers saw him speeding and swerving.

Maybin couldn’t have been nicer and more cooperative during the stop — admitting he had 5 glasses of wine earlier in the evening but went to a friend’s house in an effort to “sleep it off” before getting on the road.

When pressed, Maybin said he only napped for about an hour — which upset the officer who informed Maybin that’s not NEARLY enough time to get sober enough to drive.

Maybin agreed to field sobriety tests — and then a breathalyzer. Once he blew, the officer asked Maybin to guess the results … almost turning it into a game.

Maybin said he hoped the result was under .08 — and was disappointed when he learned the device showed his B.A.C. was .14.

When the officer informed Maybin he was being arrested, the 31-year-old began to cry … telling the cop, “I’m really sorry.”

Maybin seems to take full responsibility and apologizes to the officer for breaking the law.

After the arrest, Maybin issued a statement saying he’s “deeply sorry” and vows to “grow from this valuable life lesson.”