Crystal Munoz still has hope that she’ll make it home from prison in time to see her kids grow up…. 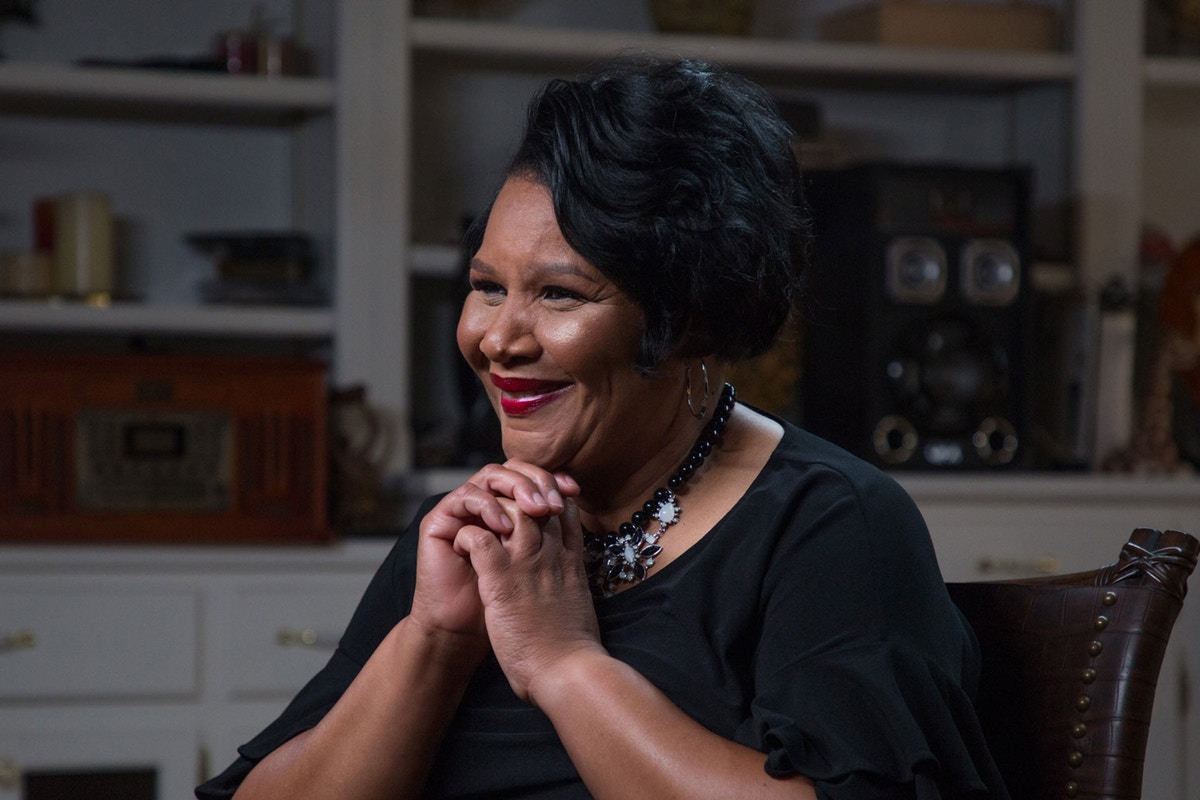 Crystal Munoz still has hope that she’ll make it home from prison in time to see her kids grow up. As the mother of two young daughters, the 38-year-old Navajo woman has no choice but to be optimistic — her family needs her.

“I have so many things I want to do with my children and loved ones, but just to be there in their presence to be able to take care of them, tend to their needs, and get to know them better is my heart’s desire. And to be known better by them,” she wrote to The Intercept from Carswell prison in Fort Worth, Texas.

Munoz was pregnant during her trial and gave birth as a prisoner, shackled to her bed. She was swiftly separated from her newborn and put in a holding facility, where she says she screamed until an officer insisted she calm down. “I cried quietly after that moment,” she wrote. “For days.”

Munoz has served 10 years of an 18-year sentence for participating in a marijuana trafficking conspiracy. She says she played only a small role in the drug ring, drawing a map for some friends, who then used it to circumvent a drug checkpoint.

“The map was on a peice of notebook paper and with arrows/lines for the road. It was not very sophisiticated [sic],” she has previously explained.

Clemency for nonviolent drug offenders became big news following reality TV star Kim Kardashian West’s successful petition for the release of Alice Johnson — a 63-year-old grandmother who spent 22 years in prison for her role in a drug trafficking conspiracy. Although Kardashian West was widely mocked for meeting with President Donald Trump, Johnson went home to her family within seven days of her White House visit on May 30. Since then, some incarcerated people under similar circumstances have reason to hope that their clemency applications might also be granted by Trump.

John Richard Knock, who is serving two life sentences plus 20 years without the possibility of parole, is less optimistic than Munoz. “Apathy, maybe, that is how I feel,” wrote the 70-year-old from Fairton prison in New Jersey. Knock was indicted in a marijuana trafficking conspiracy. His family claims he ended his involvement years before he was arrested, and that he committed no violent acts. It was his first offense.

He’s scared to get his hopes up — the letdown is too brutal.

When the Obama administration began to prioritize clemency for nonviolent drug offenders, Knock and his family were hopeful. He applied for presidential clemency in December 2014. “Every three months when Obama released names of the lucky … I wondered,” he wrote to The Intercept. But two days before Trump was inaugurated, Knock found out his petition had been denied.

“That was a very hard day for all of us,” his sister, Beth Curtis, told The Intercept. Knock thinks he’ll most likely die in prison.

“Maybe I just feel tired of thinking that a government official can do something that society thinks the time has come for,” he wrote.

“Maybe I just feel tired of thinking that a government official can do something that society thinks the time has come for.”

According to the American Civil Liberties Union’s “A Living Death” report, an estimated 3,278 people are serving life without parole for a nonviolent offense. “None of them will ever come home to their parents and children. And taxpayers are spending billions to keep them behind bars,” the ACLU noted.

Although the Obama administration freed record numbers of nonviolent drug offenders, experts have pointed out that the pardon process was arbitrary and opaque. Alice Johnson’s roommate in prison and best friend got out, but Johnson didn’t. Neither Johnson, her attorney, nor her roommate were given a reason why.

Critics have faulted Barack Obama’s Justice Department for being too understaffed and inefficient to manage all of the clemency applications that had been submitted. “As we saw in previous administrations, the clemency process is entrenched in unnecessary bureaucracy,” Jessica Sloan, national director of the bipartisan criminal justice reform group #cut50, told The Intercept. During Obama’s tenure, the pardon office had such a large backlog of clemency petitions that experts said many worthwhile cases simply never made it to the president’s desk.

Moreover, critics of the system have repeatedly argued that the pardon process should be taken out of the Department of Justice entirely. “It is difficult for the Department of Justice, an agency that is tasked with enforcing our laws and putting people in prison, to also oversee the granting of mercy, especially in instances when their own prosecutors were responsible for the injustice,” Sloan observed.

“To correct the injustice caused by overly harsh sentencing laws and overaggressive prosecution by the DOJ, we need an entirely new process — one that is as removed as possible from internal political considerations,” she explained.

Trump has promised to sign a criminal reform bill if Congress can get it to his desk, and clemency proponents hope that criminal reform advocates can sell a criminal justice agenda to the White House, combining the ethical use of presidential pardons alongside more systemic reform.

Last month, Mark Holden, lead counsel for the Koch brothers, met with White House special counsel Don McGahn and Jared Kushner, leading some prison reform advocates, like CAN-DO for Clemency’s Amy Povah, to hope that Trump would commute the sentences of more nonviolent drug offenders. According to Povah, McGahn reached out to her via Holden asking for the names of other prisoners. “It’s all hands on deck!” Povah told The Intercept. “I made one page of just pot prisoners.”

While the Koch name doesn’t exactly scream progressive reform — the Kochs have torpedoed progressive projects like investments in public infrastructure, health care reform, and anti-climate change efforts — they have backed prison reform efforts for years, even partnering with Obama on criminal justice reform as part of a “libertarian philosophy of limited government.”

Plans to address the administrative obstacles that stymied the Obama Justice Department in processing more clemencies don’t appear to be a top priority for the White House at the moment.

#Cut50 has contributed to an effort called the First Step Act, a bipartisan bill that would institute some significant changes, like banning the shackling of pregnant prisoners and ensuring that inmates are placed closer to their families — a policy that is both humane and has the added benefit of reducing recidivism. (Because many prisoners and their families tend to be poor, they can go for years without visiting their family members if they’re placed far away).

But the bill faced opposition from both sides of aisle. Democrats like Sens. Kamala Harris and Cory Booker, as well as Republican Sen. Chuck Grassley, said they oppose the First Step Act because it doesn’t include sentencing reform. Meanwhile, Republican Sen. Tom Cotton, who also opposed the bill, is infamous for arguing that America doesn’t imprison enough people.

Although critics of the bill have argued the First Step Act is a half measure that will stall real reform, those who support the legislation note that it could embolden Congress to pass even better measures in the future. “It’s moving in the right direction, and it’s not preventing further reforms. By creating momentum, it might make it more likely,” Mark Osler, a former prosecutor and professor at University of St. Thomas School of Law, told The Intercept.

“You can’t just dangle Kim Kardashian West and Kanye West in our face and say, ‘Look, I have a change of heart.’”

Skeptics say that Trump couldn’t care less about the plight of poor prisoners of color — that his sudden enthusiasm for giving prisoners a second chance is cover for future plans to pardon his associates or even himself, as he alluded to in early June.

Criminal justice advocates have also pointed out that Trump’s record on criminal justice issues has been abysmal. He famously called for the execution of the Central Park Five — a group of black and Latino teenage boys whose rape convictions were overturned following the confession of a convicted serial rapist —and has yet to offer an apology.

“You can’t just dangle Kim Kardashian West and Kanye West in our face and say, ‘Look, I have a change of heart,’” said Raymond Santana of the Central Park Five, after Johnson was released.

Trump’s human rights commitments are also belied by recent events at the southern border: The president spent last week trying to mitigate the fallout of his “zero tolerance” policy toward migrants, which has resulted in thousands of kids being separated from their parents — not unlike the way Crystal Munoz was taken from her newborn daughter.

Still, regardless of the president’s motives, incarcerated people and their families are hoping their second chance will come sooner rather than later. They don’t have the luxury of waiting for a Democrat to enter office.

“I always stay in a spirit of expectancy, knowing that things could change for the better at any moment of the day,” Munoz writes. “No matter how negative the atmosphere or the constant talk of oppressive reports or how often hope was deferred.”

Munoz signed off on a positive note: “w/ much Faith – Hope and LOVE …”