If you blinked, you might have missed it. Across the five hours of Democratic primary debates split between two nights… 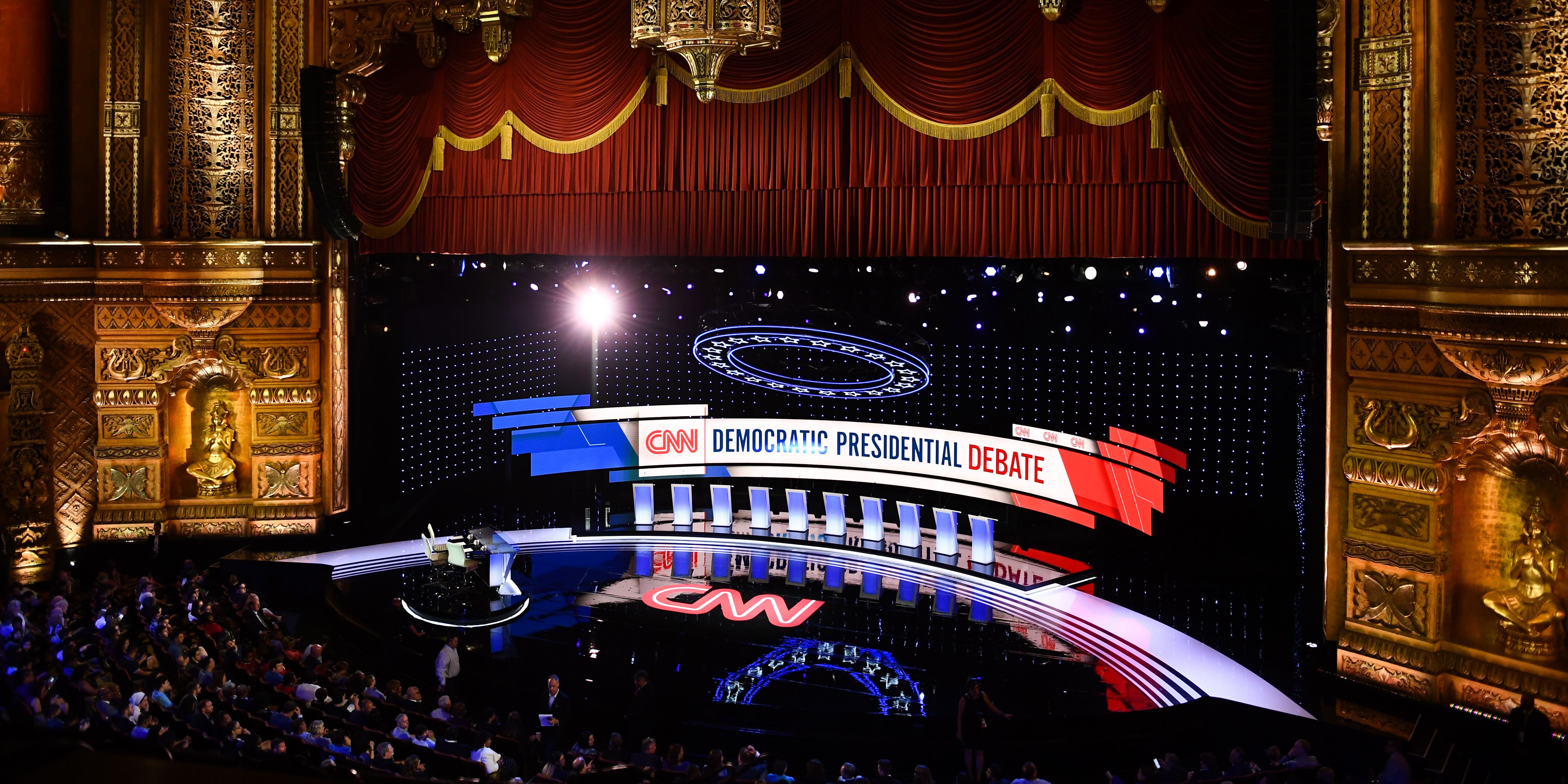 Across the five hours of Democratic primary debates split between two nights this week, the presidential hopefuls discussed the future of U.S. foreign policy for no more than 25 minutes.

Other policy areas had it worse. There were no questions either night on Puerto Rico, for example, or LGBT issues, or reproductive rights. But the scant attention to foreign policy was striking precisely because it’s the area in which a president has the most power to change things on their own. If the next president wants to rejoin the Paris climate agreement or renegotiate the Iran nuclear deal or even scale back foreign military operations around the globe, she can do those things without much say from Congress or the courts.

The scant attention to foreign policy was striking because it’s the area in which a president has the most power to change things on their own.

Those 25 minutes did produce a handful of memorable moments. Former Vice President Joe Biden suggested that he wanted to renegotiate, rather than simply rejoin, the Trans-Pacific Partnership, the trade deal the Obama administration negotiated with Pacific Rim countries to isolate China. Sen. Elizabeth Warren came prepared to make the case for a “no first use” nuclear weapons policy and to defend it.

Without hearing more about these plans, though, it’s impossible to gauge a candidate’s seriousness. How do they intend to end “endless wars” like the one in Afghanistan? Do they actually want an immediate withdrawal, including that of U.S. forces training the Afghan military? Or an expedited approach to talks with the Taliban or with Pakistan? Do any of these “withdrawal” plans involve leaving behind Special Forces or conducting drone strikes?

CNN’s format did not enable that level of detail. Candidates got one minute to answer a question and 30 seconds for a rebuttal, followed by several hours of pundits debating who “won” various exchanges. (The banner headline on CNN.com read “The Debate’s Winners and Losers.”). This was a format that rewarded quick, charismatic quips at other candidates’ expense.

A similar format in NBC’s debate in June led to a comically rushed discussion about Iran. Lester Holt asked the candidates to raise their hand if they would rejoin the Iran nuclear deal, and when only Booker declined to do so, the senator got 60 seconds to explain what he found insufficient in the 109-page agreement. After committing to “renegotiate and get back into a deal,” but not necessarily the same one, his time was up. The moderators sought no details, and everyone moved on.

Historically, the caustic, rapid-fire quality of primary debates has punished candidates who try to introduce unorthodox foreign policy ideas. In a July 2007 debate, for example, when then-Sen. Barack Obama was asked if he would meet with U.S. adversaries like Iran and Cuba without preconditions, he responded: “I would,” rejecting the notion that unruly foreign leaders should be subjected to high school-style isolation tactics. That mindset would help lead to both the Iran nuclear deal and a thaw in relations with Cuba during Obama’s presidency.

But during the primary debate, Hillary Clinton immediately dismissed Obama’s remark “irresponsible and, frankly, naive,” which drove a weekslong discussion about Obama’s preparedness and experience. During the 2008 general election, John McCain took it even further, with Republican Party ads suggesting that Obama was trying to cozy up to Mahmoud Ahmadinejad, Iran’s hard-line former president who had a reputation for anti-American rhetoric.

Sanders was also widely criticized for what was considered at the time an unusual answer to a question about the greatest threat to U.S. national security in an October 2015 debate, responding that it was “the global crisis of climate change.” Sanders spent the following weeks having to repeatedly defend the comment in the wake of the 2015 Islamic State-linked attacks on a theater, a stadium, and other targets in Paris. When Sanders doubled down in the next debate, he was panned in the Washington Post and Obama adviser David Axelrod called his defense “tin-eared.”

But while Sanders was nearly alone in his dire view of climate change in 2015, several Democrats have come around to the position this year. In the June 26 debate, four candidates mentioned climate change in their answers about the country’s greatest national security threat, and the following night, another candidate described it as an “existential threat” to U.S. security.

Foreign policy scholars and experts agree that the next president will come into office facing a host of immediate challenges including de-escalating tensions in the Persian Gulf; building consensus on climate change; tackling the global refugee crisis; pushing back on the rise in right-wing authoritarianism from Brazil to Hungary; adjusting or overhauling Trump’s erratic trade policies; rebuilding alliances; and reevaluating relationships with dictatorships like Saudi Arabia. And they’ll do all of that with a depleted diplomatic corps, an intelligence community that Trump has repeatedly tried to politicize, and a Pentagon demanding $ 800 billion budgets.

It’s hard to see how anyone can convey a vision for fixing those problems in a 30-second rebuttal.

In the Face of Rising White Supremacist Violence, Police Continue to Investigate Victims and Activists