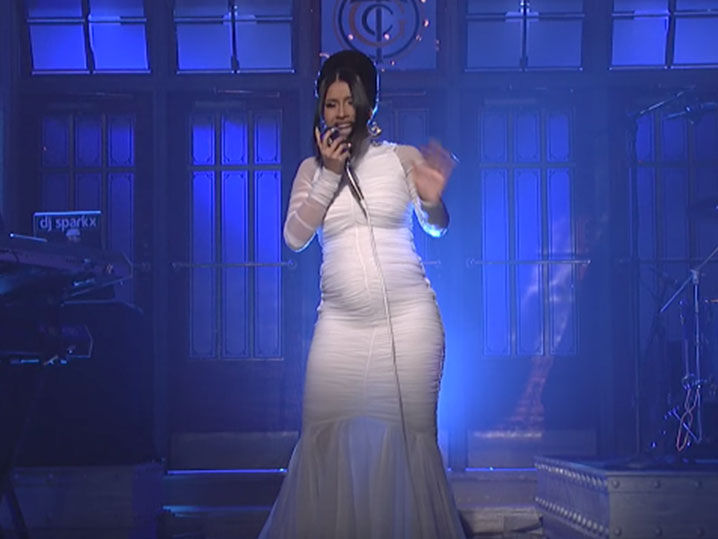 Cardi B‘s well-hidden baby bump surfaced in all its glory during a performance on “SNL.”

The rapper finally confirmed the story TMZ broke weeks ago … that’s she’s pregnant with her first child.  She left no room for doubt in the super tight white dress she wore during her second performance on the show.

Cardi sang 2 songs from her album, “Invasion of Privacy” — “Bodak Yellow” and “Be Careful.”  During the first performance the bump was masked in feathers, but the second left no doubt.

As we reported, our sources say she’s due the first week in July.

Cardi’s set to perform at Coachella next week, and there’s no signs she pulling out like Beyonce did last year.  The difference — there are no complications with Cardi — as far as we know — so it’s full steam ahead for the desert.