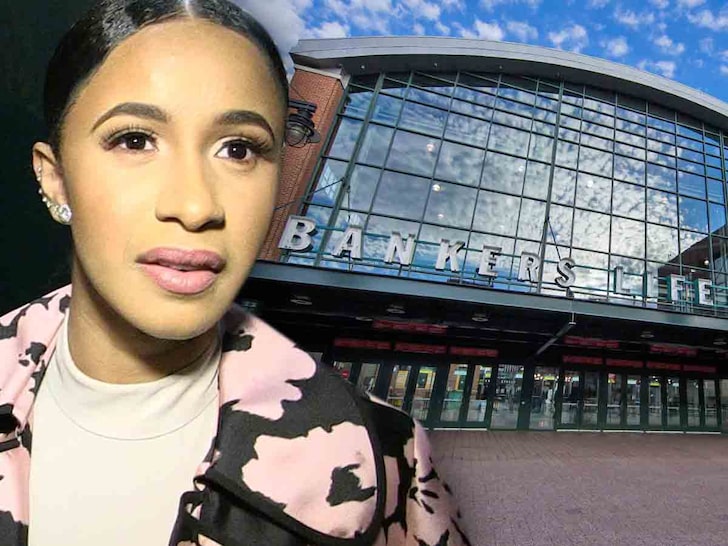 Cardi B did not take the stage in Indianapolis Tuesday because of a security issue that threatened the rapper’s safety as well as the venue she was supposed to perform at … TMZ has learned.

Cardi was supposed to perform at Bankers Life Field House in downtown Indy, but less than an hour before the sold-out show was scheduled to begin, the concert was postponed … leaving tons of fans angry, upset and wondering what the hell was going on.

Cops put out a release saying, “This evening, there was a scheduled concert at Bankers Life. We were notified of an unverified threat to the artist and the artist canceled this evening’s concert – there is no immediate threat to public safety, this not an active incident. Ongoing investigation”

The venue says Cardi’s show has been rescheduled for Sept. 11.

Cardi was inside the venue for soundcheck prior to the show, and posted a message to her fans after the announcement, issuing a heartfelt apology.

Cardi had another show postponed earlier this year in Baltimore … but that was because she couldn’t perform due to health issues from her recent plastic surgeries.