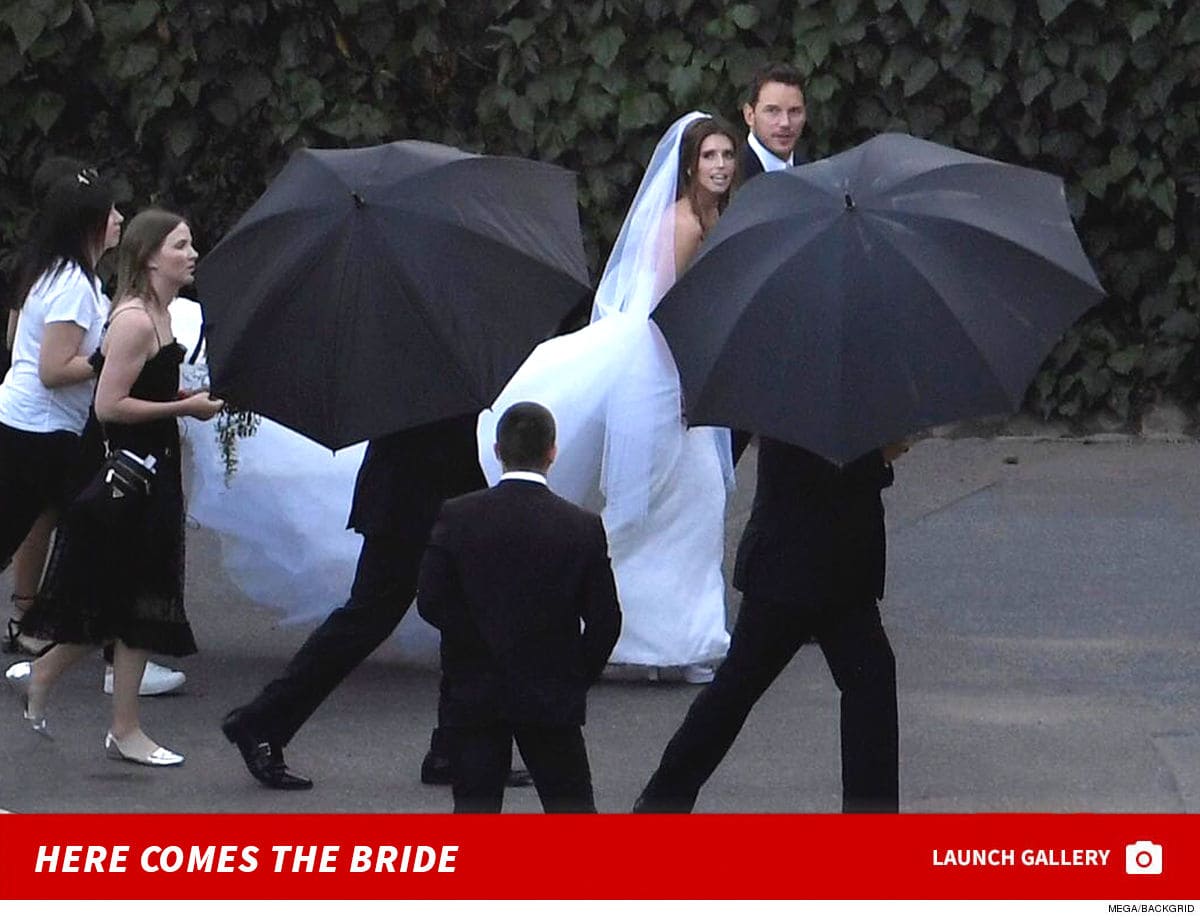 7:50 PM PT — Katherine entered the outdoor ceremony under heavy cover of umbrellas, but you can still see she’s wearing a simple, fitted gown with a long lace trim veil with a huge train.

Chris and his son, Jack, arrived by golf cart … suited and ready for the walk down the aisle.

The wedding is being held at the ritzy San Ysidro Ranch in Montecito. The luxury resort just reopened 3 months ago after the 2017-2018 mudslides devastated the area.

6:45 PM PT — We have confirmation today IS the wedding day. We’ve now seen Katherine in her gown and Chris in his suit, and we’re about to get the pics.

Chris Pratt and Katherine Schwarzenegger are gearing up to tie the knot, and could actually do the deed any minute now — because they held a lavish wedding rehearsal at Rob Lowe‘s home.

Kat and Chris hosted entertained family and friends Friday at Lowe’s sprawling estate in Montecito. Warming up for the big day, Katherine stole the show in a white gown late in the day. 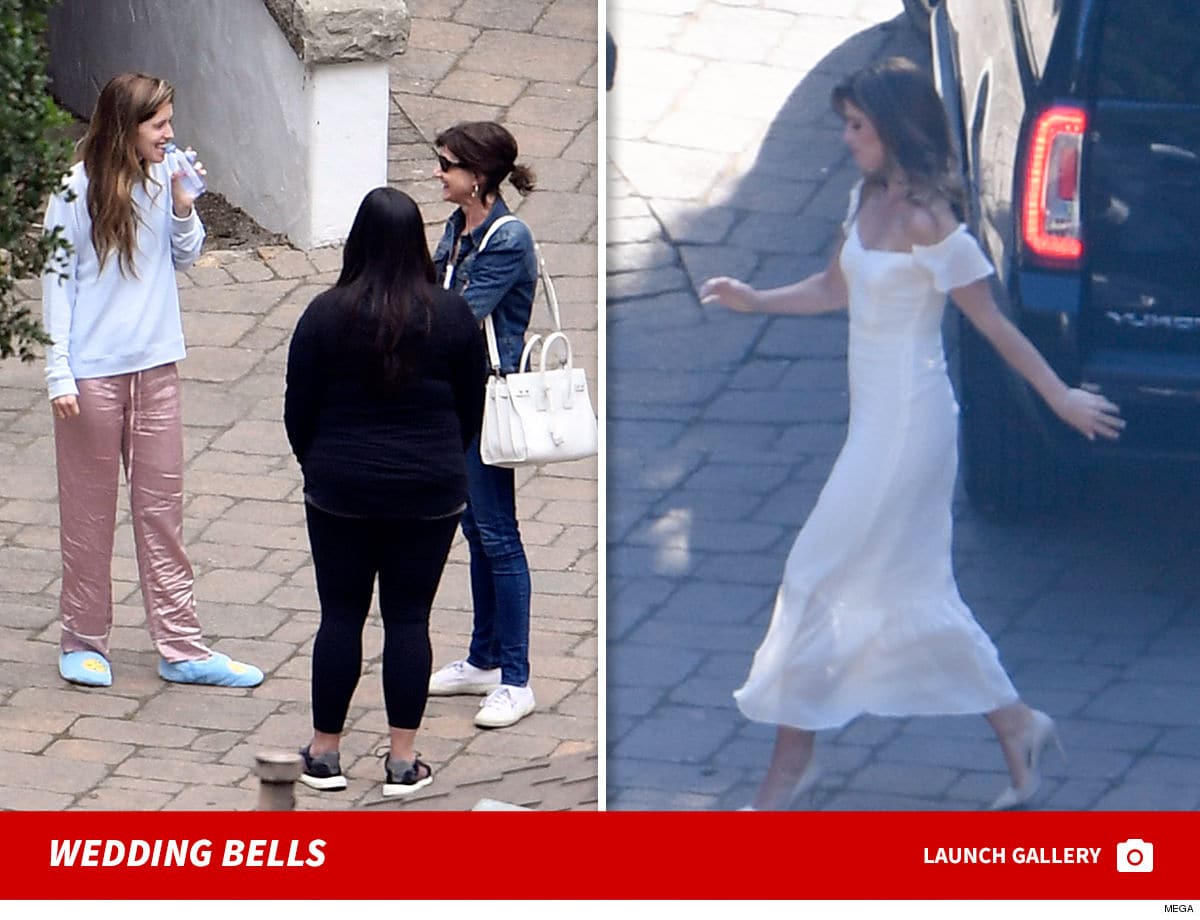 Come Saturday morning, Kat was still in her PJs and slippers as she chatted up some friends. We’re hearing the “I dos” are going down sometime on Saturday, but don’t have confirmation on that just yet. Makes sense though … rehearsal dinner’s traditionally the day or night before.

Patrick Schwarzenegger was seen nearby, as was Bobby Shriver and Patrick’s GF, Abby Champion — so, as expected … a full-blown family affair.

You’ll recall … Chris popped the question to Katherine back in January of this year, and she said yes. They’ve moved quickly, to say the least.  As they say … when ya know, ya know.

This will be Chris’ 2nd marriage, and Katherine’s first. Congrats!!!