Washington: US President Donald Trump on Wednesday confirmed his CIA director had met with North Korea’s Kim Jong Un on… 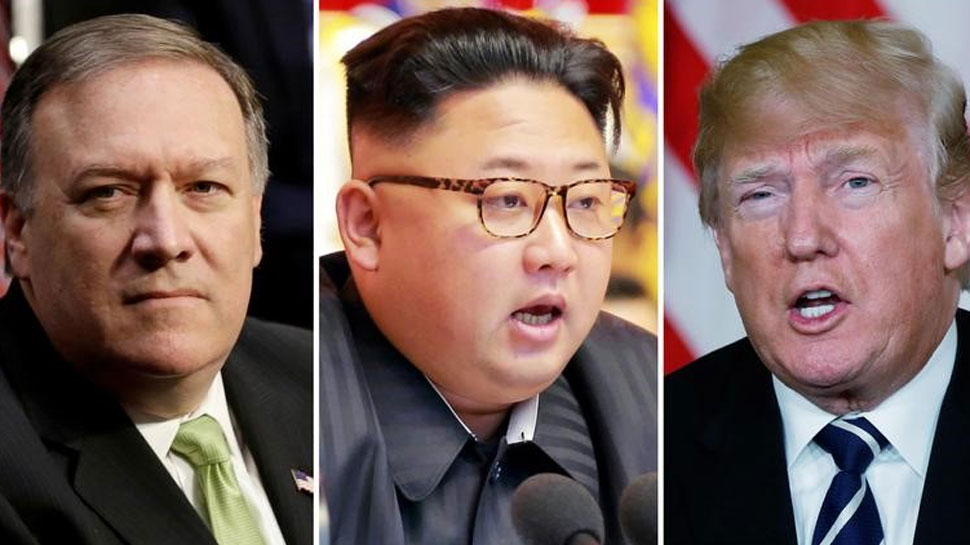 Washington: US President Donald Trump on Wednesday confirmed his CIA director had met with North Korea’s Kim Jong Un on a secret visit to Pyongyang. The meeting comes ahead of a planned summit meeting between the two leaders.

“Mike Pompeo met with Kim Jong Un in North Korea last week. Meeting went very smoothly and a good relationship was formed. Details of Summit are being worked out now,” tweeted Trump. “Denuclearisation will be a great thing for the world, but also for North Korea,” he added.

Mike Pompeo met with Kim Jong Un in North Korea last week. Meeting went very smoothly and a good relationship was formed. Details of Summit are being worked out now. Denuclearization will be a great thing for World, but also for North Korea!

Trump had earlier said that the summit could, with his ‘blessing’, explore a peace treaty to formally end the conflict.

“We are looking at the possibility of replacing the armistice regime on the Korean peninsula with a peace regime. But this is not something we can do by ourselves. It needs close discussions with relevant parties including North Korea,” a senior official at South Korea’s presidential Blue House said on Wednesday, AFP reported.

As per media reports, Trump plans to hold a summit meeting with Kim within the next two months. The pair have not spoken directly, the White House said, but the US President revealed Tuesday there had been contact at “very high levels” to prepare for the historic meeting – an apparent reference to Pompeo’s visit, as per AFP.

US officials also said that no decision has yet been made on a meeting venue, but China, North Korea, South Korea and Panmunjom in the Demilitarised Zone between the two Koreas are seen as possible locations.

Beijing is North Korea`s sole major ally, an alliance dating back to the Korean War, but relations deteriorated after China supported United Nations sanctions to punish Pyongyang over its nuclear weapons programme.

Last month Kim had made a surprise visit to Beijing to meet President Xi Jinping in what was believed to be the North Korean leader’s first trip outside his isolated nation’s borders since he succeeded his father in 2011.

Senior Chinese officials have since travelled to Pyongyang amid mounting speculation Xi might make a reciprocal visit.

Meanwhile, South Korea said on Wednesday it is considering how to change a decades-old armistice with North Korea into a peace agreement. Kim is expected to meet South Korea President Moon Jae-In at a landmark meeting on April 27, with a bid to formally end the 1950-53 Korean War.

The Korean War ended in an armistice rather than a peace treaty, leaving the two sides ‘technically at war’. The Demilitarised Zone between them bristles with minefields and fortifications. While the US-led UN command, China and North Korea are signatories to the decades-old armistice, South Korea is not.

Next week’s meeting will be just the third summit between the North and South since the armistice was signed 65 years ago.