US and British intelligence agencies may offer Sergei and Yulia Skripal new identities and relocation to a Five Eyes country,…

US and British intelligence agencies may offer Sergei and Yulia Skripal new identities and relocation to a Five Eyes country, according to reports. The US is the most likely option, as they are “less likely to be killed there.”

Former double agent Sergei Skripal and his daughter Yulia will be offered relocation to the US or one of its allied countries under new aliases, according to Sunday Times, citing intelligence sources.

“They will be offered new identities,” a senior government official said, adding that MI6 and the CIA were discussing the issue. 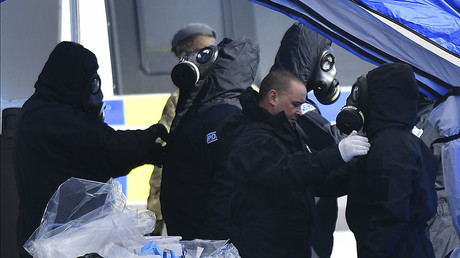 High-ranked sources told the newspaper that the recovery of Sergei Skripal is “further behind” that of his daughter, and the government believes “they can both assist us with what happened soon.” Concern over the Skripals’ safety has been cited by the Sunday Times as one of the reasons for relocation.

Their lives “would likely never be the same again” because they will require “ongoing medical care;” and UK authorities maintain that they would be safer in one of the Five Eyes countries: Britain, the US, Canada, Australia and New Zealand. “The obvious place to resettle them is in America, because they’re less likely to be killed there and it’s easier to protect them there under a new identity,” said an intelligence source familiar with the negotiations.

The source said that resettling the Skripals to a Five Eyes country was “a preference for them” because their case “would have huge security implications.”

Sergei Skripal is former double agent. He worked for several years for the GRU, the Russian army’s intelligence agency, until 1999 when he retired due to poor health, according to public sources. Following a career in the Russian Foreign Ministry, Skripal was arrested in 2004 for having cooperated with the British secret services since 1995. The former GRU officer was stripped of his rank and decorations, tried for high treason, and imprisoned for 13 years in 2006.

In 2010, he was released and pardoned by then-president Dmitry Medvedev as part of a deal in which Skripal, along with three other Russian nationals imprisoned for espionage, was swapped for 10 Russian intelligence agents captured in the US. Shortly after the spy swap, Skripal relocated to the UK and settled in Salisbury.

On March 20, Kremlin spokesman Dmitry Peskov said Skripal was clearly not of any interest to Russia after the 2010 spy swap. “He was handed to Britain as a result of an exchange. So, why should Russia hand in a man that is of any importance or that is of any value? It’s unimaginable,” the official said. He added: “If he’s handed in – so Russia quits with him. He’s of zero value or zero importance.”