Spread the love Frequent readers of the Free Thought Project know that filming the cops is not a crime. Despite… 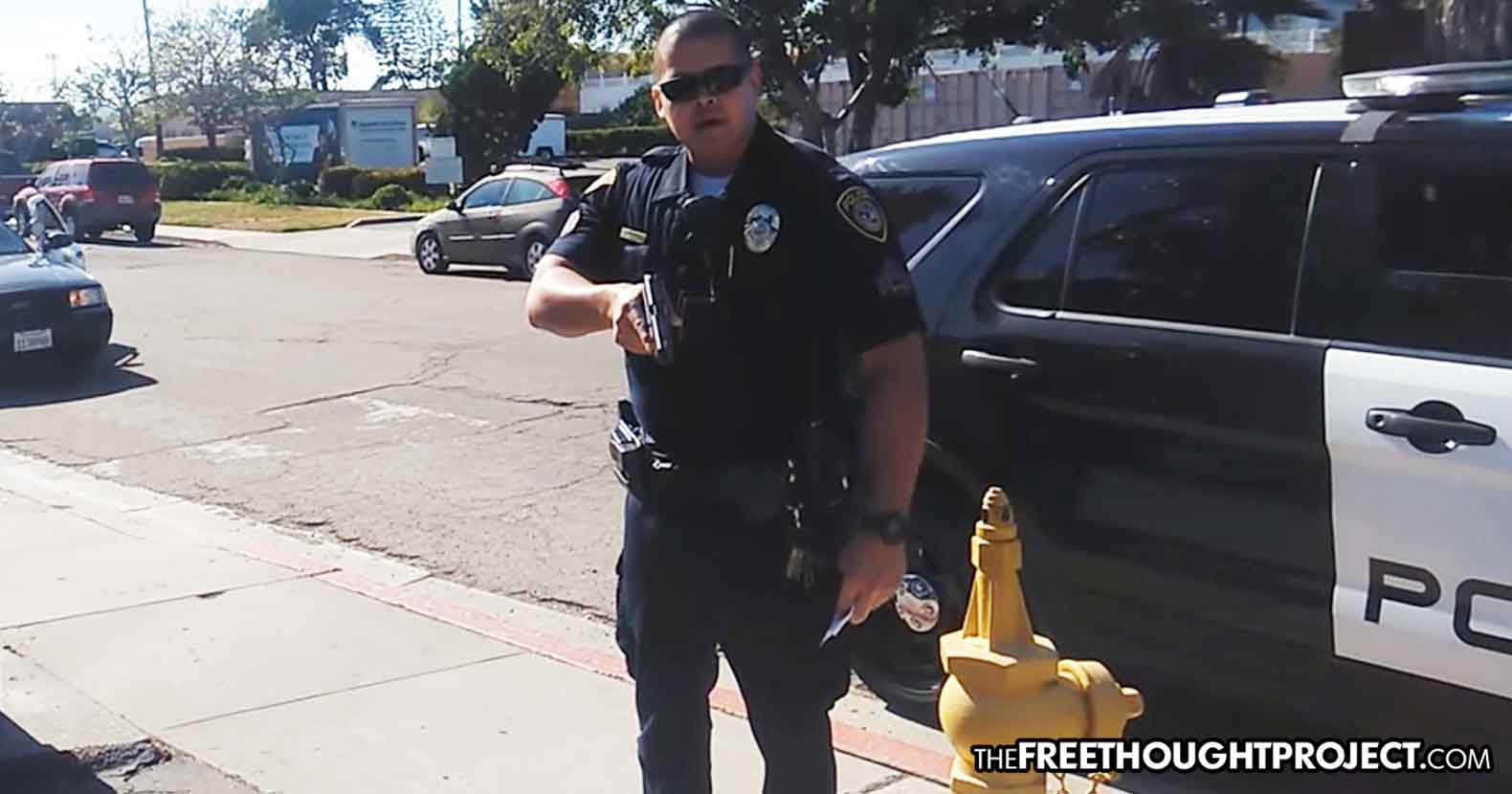 Frequent readers of the Free Thought Project know that filming the cops is not a crime. Despite this being a widely known provision — held up with multiple court precedents — cops continue to violate the First Amendment protected right of citizens to film the police. Now, an entire city is going after people who wish to film police and it is nothing short of tyrannical.

A report from Tuscon.com claims a new ordinance was passed to deter “cop-haters” but in reality tramples the First Amendment. According to the new legislation, ORDINANCE NO. _11746:

While section A sounds reasonable: not allowing people to film inside crime scenes, that is already the case, which is why crime scene tape exists. However, it is section B that sounds particularly worrisome. A police officer merely needs to “establish a restricted area” in order to claim a person has violated it before charging them with a crime. Violations of this ordinance are considered a Class 2 misdemeanor punishable by a maximum $ 750 fine and arrest.

According to the Tuscon.com report:

The City Council took action last week on a distinctly 21st century problem: people showing up at crime scenes with cellphones in hand, looking to create conflicts they can post online for profit.

It’s a trend seen by law enforcers around the country and around the state, the Arizona Daily Star found in a review of court records and related documentation.

The provocateurs are part of a loose network of people who call themselves “First Amendment auditors” and claim they’re protecting the public’s right to monitor government activities.

About a dozen such people are operating in Arizona, a former participant told the Star.

It is important to point out that it is already illegal to interfere in police investigations. Yelling at cops or heckling them while they do their job can be construed as interfering and if it reaches a certain level to where it endangers the officers, it should probably not be tolerated.

That being said, this ordinance and subsequent report completely ignore that fact that “first amendment auditors” exist for the sole reason that cops continuously violate the first amendment. It is that simple.

The report and ordinance also fails to mention that in nearly all of these videos in which the auditors interact with police, it is the police who initiate the confrontation by questioning the auditor’s right to film in public.

No one here is attempting to claim that assholes don’t exist and deliberately attempt to provoke cops, but the overwhelming majority of First Amendment auditors do not do this. They remain silent, assert their rights, and it is the officer who is all too often the aggressor.

Instead of simply allowing a person to film without trampling their rights, in case after case, we see cops assault, arrest, and even threaten to kill people for filming them.

The bottom line here is this: much of America’s law enforcement have never liked public accountability and have consistently objected to laws that make it easier to hold them accountable. From keeping body camera footage secret to passing ordinances like this one, cops will do everything in their power to make sure you can’t see what they don’t want you to see — even if it takes place in public spaces and directly affects you.

This law will undoubtedly be used by police to further oppress those who attempt to assert their right to film the police and hold them accountable. It is shameful and needs to be overturned immediately.